#KeepJoanWalsh Trending: Liberal Twitter Goes Off After Joan Walsh Out at MSNBC 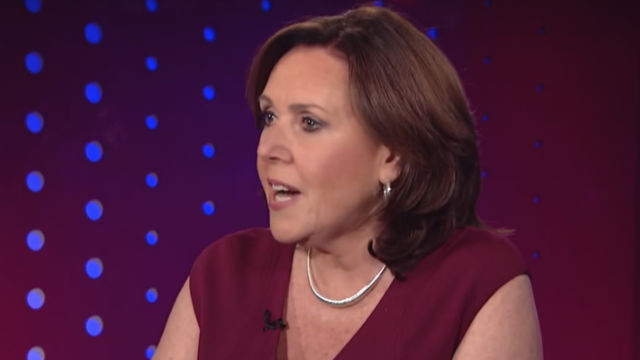 Regular MSNBC watchers are no doubt familiar with Joan Walsh, and last night people learned that she was out at the network.

This morning Walsh explained what happened:

So it’s true: after 12 years on MSNBC, six on contract, I learned Friday night they are not renewing. I’ve given my heart and soul to the network, from the George W. Bush years through today. I’m proud of the work I did.

Yes, it’s Christmas weekend. I was baking pies with my daughter, who is home for the holidays, when I got the news. It didn’t feel too good. But all of your support helps, a lot. I’m grateful to the people who have fought for me.

And indeed, there were many liberals on Twitter who expressed their dismay at MSNBC’s decision. The most notable voice was none other than MSNBC host Joy Reid:

.@joanwalsh was the first person to ever pay me to write, back when she was the editor of @salon. She is now my friend, my incredibly valued colleague and my documentary partner. She belongs on the air speaking, especially in times like these. We need progressive women’s voices.

It’s incredibly short sighted to sideline voices like Joan’s, especially now. Especially given the momentousness of next year’s anniversaries: the women’s march, the King and RFK assassinations … we need to be at full strength as media entities, and Joan belongs in the mix.

And after the news spread through Twitter, fellow MSNBCer Ari Melber tweeted this:

UPDATE –– 10:40 am ET: And this morning Chris Hayes also tweeted in support of Walsh:

And a number of others weighed in, getting #KeepJoanWalsh trending:

Many women citing @joanwalsh as an early champion; I’m among them. She encouraged me to write from feminist perspective more than a decade ago as an editor @salon. Strange time for MSNBC to jettison someone who’s long been committed to making space for & promoting other women.

Absolutely baffled by this decision from @MSNBC — Joan is one of the sharpest political observers they have on air, and her voice is especially vital at this moment. #KeepJoanWalsh https://t.co/7foDPYX6LN

RT if you agree @MSNBC should #KeepJoanWalsh!

I feel lucky to be among the many women who can say this: @joanwalsh was a voice of encouragement when I was first starting out, when encouragement – in particular from women – was hard to find. You may not always agree with her, but we’d all be worse off without her voice.

msnbc hires right-wingers peggy noonan and hugh hewitt as it pushes out more of its progressives like joan walsh. theyve done this before and it was always stupid.

After work one day at @NFLFilms in 2010, I sat in the parking lot getting advice and encouragement from @joanwalsh. I was considering going write and produce for @MSNBC, and she helped me believe that I could do it. Seeing the network fire her now is disheartening, to be kind.

I thought @joanwalsh was an important voice on MSNBC. Sorry she was dropped. Why does a media outfit that can make room for @hughhewitt find none for Joan? https://t.co/tHBm65YHbY

Really @MSNBC? @joanwalsh is a gift to your network. What a disgraceful and stupid move. #KeepJoanWalsh

Just heard @joanwalsh is out at MSNBC after 12 years. Merry Christmas! Their transformation into Fox News continues apace.

We need @joanwalsh‘s voice right now more than ever. Hope @MSNBC reconsiders or another outlet capitalizes on their mistake

I’ve had the pleasure of appearing on several MSNBC panels with the always insightful, thoughtful, prepared & entertaining @joanwalsh and can’t for the life of me understand why the network is letting her go. #KeepJoanWalsh pic.twitter.com/UnjkvYFNss

Lemme get this straight. The same network that keeps Hugh effing Hewitt on the payroll fired @joanwalsh, one of its smartest progressive women? Fix your shit, @msnbc. #KeepJoanWalsh https://t.co/00b094RSkh

Hey @MSNBC: firing @joanwalsh is a dumb decision, but there is an easy fix: whoever decided to fire her should be fired, because they are bad at their job.

Losing @joanwalsh during The Reckoning is just stupid. She showed a generation of women how to be a feminist in politics, before we even had this vocabulary. #KeepJoanWalsh