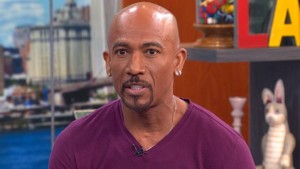 Montel Williams aired his anger for the Chicago torture perpetrators, but he’s also accusing Fox News of “playing to their viewers’ inherent racism” with their reporting on his remarks.

Late last week, Williams took to Facebook to blast the African American suspects who live-streamed themselves torturing a young caucasian man with mental disabilities. Even before officials deemed the incident a hate crime, Williams made it perfectly clear that he found the torturers’ actions completely unacceptable.

“Life in prison. No parole. I’m not interested in whether these kids had a tough life, whether their parents loved them enough, I don’t care,” Williams wrote. “My prayers go out to the young man in this disgusting video.” 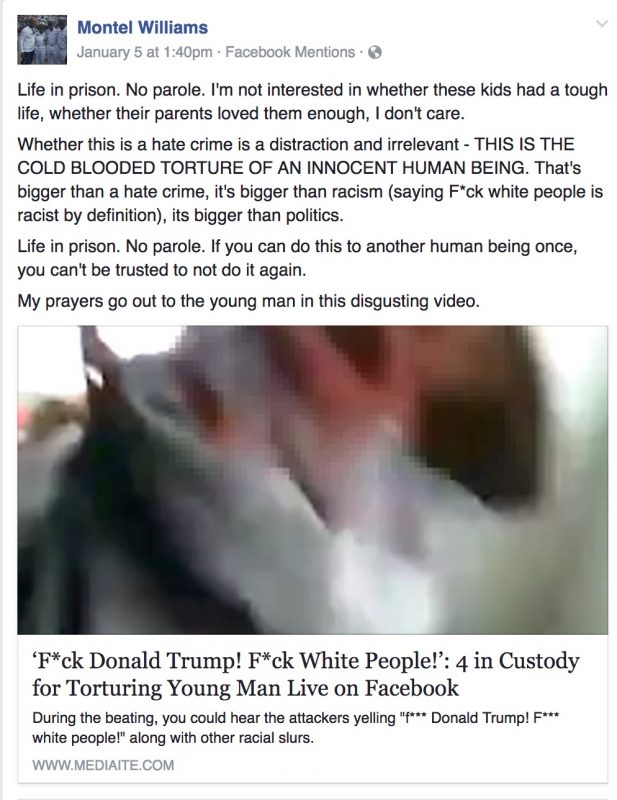 On Saturday, Williams noted how Fox News reported on his Facebook post, though he found it interesting that the network covered him about this particular subject.

Funny how suddenly I'm unbanned at @FoxNews the minute I want some black kids to go to jail ? https://t.co/UDz1kUlr1Q

Williams elaborated on Facebook, where he called out Fox host Bill O’Reilly and the “inherent racism” of the network’s viewers. 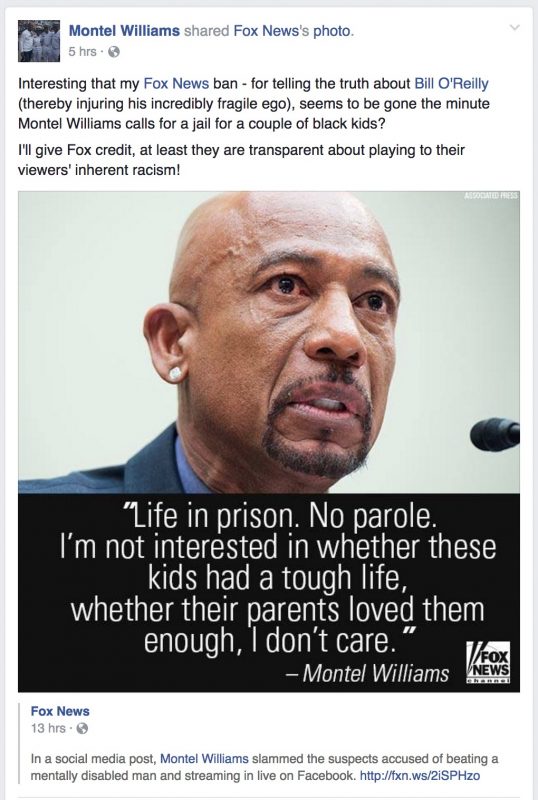 Last year, Williams and O’Reilly became locked in a feud after O’Reilly called Williams “cowardly” for walking off of his show. “He will never be never be on this program again. He’s not a man of his word, he’s unprofessional,” O’Reilly said at the time.

Williams fired back soon afterwards, saying he was being led into a “bait and switch” scenario, and that O’Reilly was the one who was truly a coward.