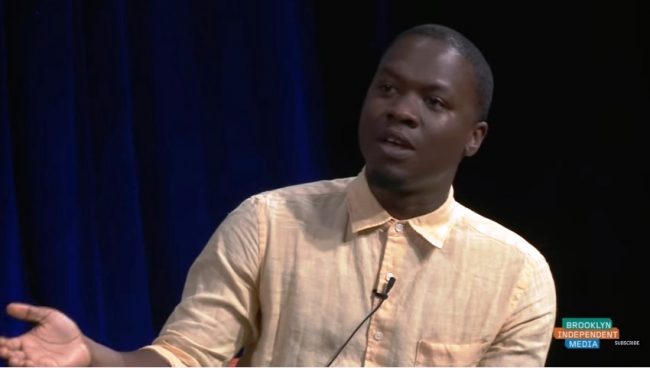 Juan Thompson, the St. Louis native arrested for making bomb threats against Jewish centers, used to write at left-wing website The Intercept before being fired for fabrication.

Here’s Mediaite‘s report on his firing a year ago.

News website The Intercept issued a mass retraction and correction Tuesday after admitting that one of their writers regularly fabricated sources and impersonated sources with fake Gmail accounts.

The authorities have not come out and said the two Juan Thompsons are the same, but tweets from the former journalist makes it clear they are. The FBI alleges Thompson made the threats in an attempt to frame his ex-girlfriend, while Thompson’s tweets suggest the same.

Know any good lawyers? Need to stop this nasty/racist #whitegirl I dated who sent a bomb threat in my name & wants me to be raped in jail. pic.twitter.com/B1IU0RkNCZ

The @SecretService visited me looked at my tweets, questioned my politics b/c some awful white woman I date reported me. I won’t be silenced 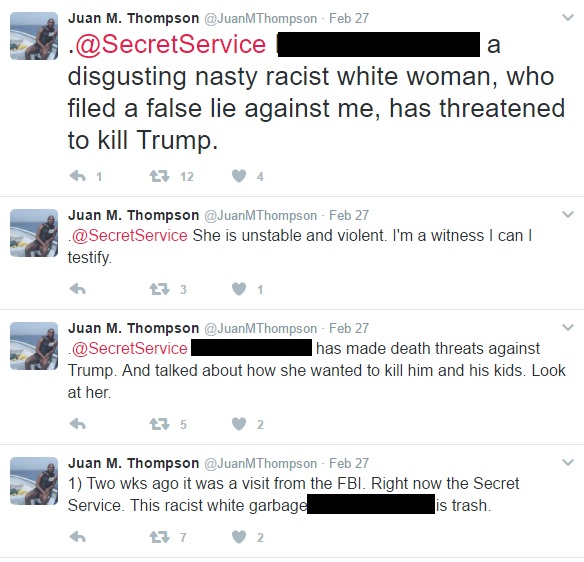 In addition, an article filed shortly after Thompson’s firing indicated he was from St. Louis.

UPDATE (11:11 AM ET): The Intercept confirmed in a statement that Thompson is a former employee, and denounced his actions.