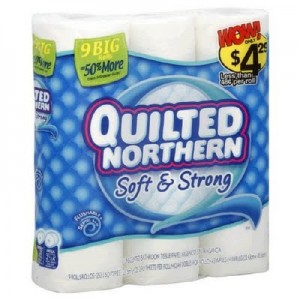 The Atlantic’s Marc Ambinder took amused offense, on Twitter, over the most bizarre bit of social criticism you’re ever likely to see. Sharra Vostral, Associate Professor of Gender and Women’s Studies and History at the University of Illinois, uncovers the coded, gender-based insult behind the metaphoric use of the term “patchwork” in an Ambinder article on obesity. I’m not kidding.

Apparently, an analogy about quilts I made in my obesity article is a “gendered insult”

Marc Ambinder has an article about obesity in the May 2010 Atlantic.  I was knocked over by one sentence:

“To describe the existing federal polices and regulatory approaches on obesity as a patchwork is an insult to quilts everywhere.”

This use of patchwork as an insult really struck me, because it is such a gendered insult.

Ambinder needn’t have taken offense. Vostral didn’t take issue with his analogy, but rather seems to credit him with unearthing the insult.

Ambinder is correct because it assumes that no thought goes into a quilt, it’s just a hodgepodge when in reality quiliting is a predominantly woman-based art form, that had roots in resourcefulness, community, and skilled sewing hands.  To debase something by calling in patchwork really is based in gendered and derogatory understandings of the quilt.

I’m sure most of you get it, but in case Sharra Vostral is reading this, the metaphoric use of “patchwork” isn’t meant as a value judgment of patchwork quilts, but rather as a way of visualizing the concept of something made up of existing leftover pieces, rather than pieces fabricated for a given purpose. It’s a great way to make use of scraps of fabric, but not the best approach to government policy.

It’s a bizarre, funny little rant, but in all seriousness, this kind of idiocy undermines the case for sensitivity in our language that actually has merit. While Vostral rails against quilt-cism, a courageous transgender veteran endures dehumanization by our government.

While Vostral no doubt sets her sights on the makers of Northern Bath Tissue, I would point out that, as gender bigotry goes, there are much bigger fish to fry. No offense to fish fryers, of any gender.