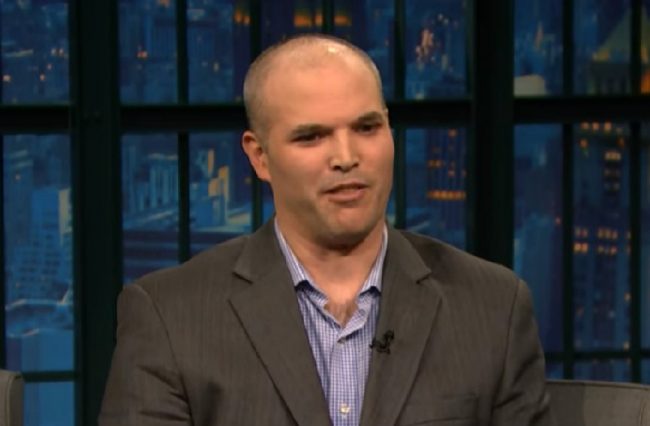 Following the announcement of longtime Fox News chief Roger Ailes’ death yesterday morning, there was a polarized reaction that seemed fitting considering Ailes’ life. Over on Fox News, the day was filled with emotional tributes, while former network star Bill O’Reilly penned a sympathetic obituary for USA Today. Meanwhile, many on the left tore into the combative personality, citing his numerous sexual harassment allegations to label him a “predatory monster.”

Add Rolling Stone writer Matt Taibbi to the list of those who aren’t sad to see Ailes gone. In what can only be described as a nasty takedown of the ex-FNC head, Taibbi blamed Ailes for creating the “hyper-divisive media environment” American public — described as “a hate-filled, paranoid, untrusting, book-dumb and bilious people” — currently finds itself in.

Then he had this to say about the man who had just passed away:

Ailes was the Christopher Columbus of hate. When the former daytime TV executive and political strategist looked across the American continent, he saw money laying around in giant piles. He knew all that was needed to pick it up was a) the total abandonment of any sense of decency or civic duty in the news business, and b) the factory-like production of news stories that spoke to Americans’ worst fantasies about each other.

After highlighting Ailes’ history with Fox News and how he believed the network was responsible for pushing outlandish conspiracy theories and getting Donald Trump elected president, Taibbi ended the piece with this observation:

The extent to which we hate and fear each other now – that’s not any one person’s fault. But no one person was more at fault than Roger Ailes. He never had a soul to sell, so he sold ours. It may take 50 years or a century for us to recover. Even dictators rarely have that kind of impact. Enjoy the next life, you monster.

Tell us how you really feel, Matt.