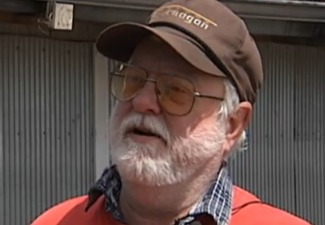 The mayor of a Missouri town has come under fire for complimentary things he said about accused Kansas City shooter Frazier Glenn Miller (despite his comments outright condemning Miller’s violent actions), with calls for his resignation from office and, failing that, impeachment. Marionville mayor Daniel Clevenger wrote in a letter to the editor years ago that Miller is a “friend” who has helped spread warnings about the “Jew-run government backed banking industry turned the U.S into the world’s largest debtor nation.”

In a follow-up interview with KOLR10, Clevenger made it absolutely clear he doesn’t condone what Miller is accused of, and defended those comments about “Jew-run” industries as not being as racially insensitive as people might think. He said, “Just because some people like running those corporations that are destroying us, that doesn’t mean that the rest of the race or religion or whatever is bad.  I don’t stereotype.”

Clevenger feels he could represent Jewish constituents fairly, explaining, “I wouldn’t hold nothing against them.” But voters are still up in arms, with calls for Clevenger to resign, and if that doesn’t happen, for the city council to impeach him. One voter explained that Clevenger made the entire town look bad on the national stage and people are drawing all sorts of conclusions about them based on the mayor’s views.

Watch the video below, via KOLR10:

[Editor’s note: Marionville is in Missouri, not Kansas, as an earlier version of this post reported.]