Mediaite Year One: By The Numbers 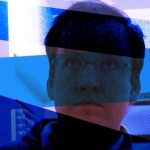 On the occasion of Mediaite’s year anniversary earlier this week, some of our staff members and contributors look back on the year that was.

So. Mediaite is a year old.

As the site’s self-appointed data geek, I thought that this first birthday deserved a special data-oriented tribute.

Mediaite’s age, in other units

Celebrity children Mediaite is older than

Per People‘s creepily comprehensive calendar of celebrity kids. There are 71 of them listed, but many, many more on the website – mostly for “celebrities” I’ve never heard of.

(Personal to M. G.: only three months and twenty days until L.’s birthday! Maybe get her some foreign objects?)

This is only counting shows that premiered last season and didn’t make it until now. Even so: forty-three of them!

There you have it. By any of these measures, a remarkable and laudable tenure. Did anyone ever expect Mediaite to outlast Conan on The Tonight Show? Well, it did.

And only 593 days until we’ve reached a Palin gubernatorial. See you back here on February 25, 2012!