Michael Cohen on Whether Brutal National Enquirer Headline Was a Message: ‘What Do You Think?’ 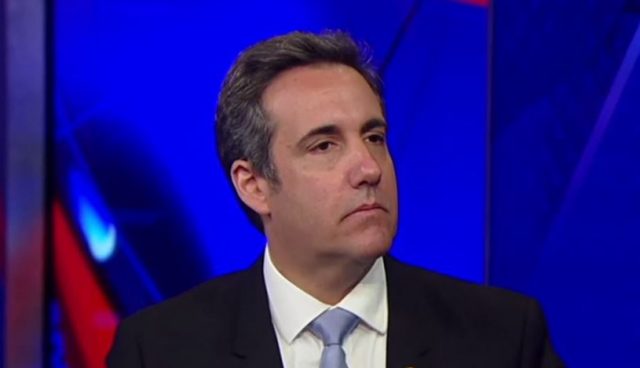 But that might’ve been done under Trump’s own blessing.

A source close to the president told CNN that David Pecker, who publishes the Enquirer, wouldn’t have run the story without Trump’s permission.

When CNN asked Cohen if the headline was meant to send a message, he offered a simple but telling response: “What do you think?”

Pecker has been a longtime friend of the president’s, and reportedly killed stories in the Enquirer that reflected poorly on Trump.

The National Enquirer cover controversy comes just after a Wall Street Journal report exposed the president’s alleged ongoing mistreatment of Cohen, one source claiming it it has gone back years. Trump is said to have arrived to Cohen’s son’s 2012 bar mitzvah late, poking fun at the attorney during a speech at the event.