NBC News President on O’Reilly: ‘I Would Never Let A Culture Like That Exist’ 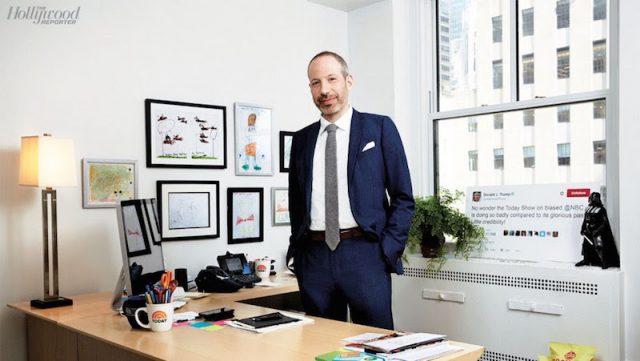 In a new interview with The Hollywood Reporter, NBC News president Noah Oppenheim opens about Megyn Kelly, President Donald Trump, and what he thinks of what’s been going on over at Fox News, namely, Bill O’Reilly‘s departure.

First, Kelly. Her new position at NBC was a hot topic when it was first announced– she’d been at Fox News for 12 years. There were some theories as to why it happened, and lots of speculation about where Kelly would go. We now know that in addition to a Sunday night show, she’ll be taking over either the 9:00am or 10:00am hour, replacing an hour of Today. Oppenheim told THR‘s Marisa Guthrie that he looks forward to what she’ll bring to the network, saying, “She is tough and fair; there’s a place for that. We’re not giving enough credit to the morning audience to think that they don’t want those things. Her background is as an attorney, she’s a mom of three, and she has had a lot of experiences that will be relatable to a huge cross section of the audience in the morning.”

Speaking of Fox News, Guthrie also asked what he would have done about O’Reilly, and whether he’d bring him back (the interview took place before he and the network parted ways), and he just said, ” If I were running any organization, I would never allow a culture like that to exist.”

Oppenheim also discussed Trump, and how it affects what they’re doing at the network. He said, pretty simply, “I don’t think it’s healthy for democracy when the press is attacked in that way,” but added that “We’re not going to allow ourselves to get sucked into a back-and-forth over who should be trusted.”

For the full interview, head over to The Hollywood Reporter.