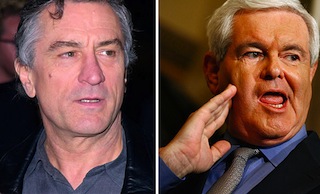 For everyone who hasn’t been paying attention, I’ve got a fun story to tell you. Once upon a time, a woman wanted to speak to Congress about how her friend was really sick and thought it would be nice if her school helped her get pills so she would be less sick. In retaliation, Rush Limbaugh called the woman a “slut.” This made a lot of people mad. And it was good. Because being mad is fun!

However, there were a lot of other people who liked Rush Limbaugh, so they went on a quest to find someone they didn’t like so they can be mad too. And they found a man to be mad at: Bill Maher. But being mad felt so good and having other people be mad at you felt so bad that these people got greedy and started looking for even more men to be mad at. First they tried Louis C.K.. But Louis CK was too smart and decided he didn’t want to play anyone’s stupid games. So next they tried Cee Lo Green. But no one could really get that mad at a guy for singing lyrics that literally make up the title of his song. So that brings us up to speed as the quest for The Meanest Liberal Ever continues! Up next is Robert De Niro who said something that might be offensive if you squint your eyes real hard. So Newt Gingrich, who has very little better to do, has thrown up his hands and said, “Sure, I’m angry about that! You know. Whatever.” What a fun story this is!

You know, that might not actually be a direct Gingrich quote. But I’m getting ahead of myself. What horribly offensive thing did the mean Hollywood man say?

“While Michelle Obama headlined the event, she was introduced after De Niro’s remarks. The event was also attended by a number of other prominent Obama supporters, including Harvey Weinstein and Beyonce.

‘Callista Gingrich. Karen Santorum. Ann Romney. Now do you really think our country is ready for a white first lady?’ De Niro asked to cheers from the crowd. ‘Too soon, right?'”

Oh. I see. So he made an ironic flip of the infinite amount of people who, just four years ago, asked if America was ready for a black president. I guess that’s offensive to…people with bad memories? Maybe? Something?

But let’s see how Gingrich took it:

“Gingrich called on Obama to apologize for the remarks, since they were made at an event raising money for his reelection.

‘What De Niro said last night was inexcusable and the president should apologize for him. It was at an Obama fundraiser, it is exactly wrong, it divides the country,’ Gingrich said, adding that the left was quick to call out conservative talk show hosts for offensive comments but silent when the vitriol comes from the left.

‘If people on the left want to talk about talk show hosts, then everybody in the country should hold the president accountable when someone at his event says something that is utterly and terrible unacceptable as what Robert De Niro said,’ Gingrich said.”

Yes, once again, this thing Robert De Niro said is absolutely comparable to what Limbaugh said. That’s not at all a completely ridiculous stretch.

Anyway, for those of you following at home, we all now have to hate the greatest comedian currently working, the greatest actor of the previous generation, and also Cee Lo Green who writes damn catchy songs (I’ll save the hyperbole till later in his career) all because Rush Limbaugh and Bill Maher are jerks (but, you know, actually because it’s an election year and that contraception thing was really driving women to Obama).

I wonder who’s next?! What random celebrity can we all be told to be outraged at next? Make your guesses below. Don’t worry, they clearly don’t need to actually make any sense.