No, Bill Murray Did Not Stop a Bank Robbery in Japan

No, Bill Murray Did Not Stop a Bank Robbery in Japan 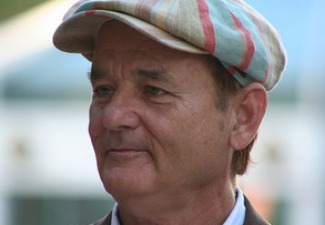 “Like something out of his quirky films Bill Murray had a bizarre encounter in Tokyo,” reads this story on Express UK about Bill Murray stopping a bank robbery in Japan. Yes, very much like something out of his films, because it’s fiction. Murray did star in a movie about bank robbers and one set in Japan, however, so you can understand why people may have been confused.

The origin of the tall tale, at least this time around, is a site called The National Report. They posted about the too-good-to-be-true encounter earlier this week, and since then the story has racked up over 50,000 shares on Facebook, and 36 shares on g+, which is roughly the equivalent of a billion shares on a service anyone actually uses.

Epoch Times sniffed it out as satire earlier this week. But notice how many shares that story has: 54 likes, 25 tweets. Bill Murray ‘Stops Bank Robbery in Tokyo Accidentally’ is Satire their headline reads, except that’s not entirely accurate either. This story isn’t satire, it’s just a lie.

A version of this story goes back to January of last year, when something called The Prevailing Ethos posted it. You’ll notice it’s the exact same text used in the National Report post, so not only is the latter site a woefully unfunny group of liars, they’re also plagiarists. Plenty of ridiculous sites fell for it back then too. Geek at least included an update expressing skepticism. “There are question marks over whether this is true or not,” they wrote. “I’m hoping it is just to prove how awesome Bill Murray is, but for now take it with a grain of salt.”

That’s exactly why stories like this get shared so widely; because we want them to be true.

The comments on the post are illustrative of why we’re susceptible to this type of thing. “There is nothing that this man can do that would surprise me anymore,” wrote one. “Bill Murray does it again. I love you Bill Murray!” says another. On Twitter, where it’s been shared 600 times, in multiple languages throughout the world, the sentiment is similar. “I’m starting to believe Bill Murray really is a god,” wrote one person.

Tidy-sounding anecdotes involving celebrities doing crazy things like this may happen from time to time, but more often than not they’re made up. Don’t get me wrong, it would, in fact, be awesome if Billy Murray stopped a bank robbery. But he did not, and, at the risk of sounding crazy here, that generally means you shouldn’t write stories about it. Maybe I’m old-fashioned?

That also means you don’t share stories about it when you come across them without doing your due diligence as a media consumer. The liars at sites like The National Report aren’t the only ones to blame in cases like this, you are too.

Here’s how the site describes themselves, by the way:

“National Report is a news and political satire web publication, which may or may not use real names, often in semi-real or mostly fictitious ways. All news articles contained within National Report are fiction, and presumably fake news. Any resemblance to the truth is purely coincidental.”

You might not know that if you just clicked on the page to the Murray story, but there’s a really very simple way to get around this. This is something I’ve said many times, but apparently needs repeating every other day: be aware of what the source of the news you’re sharing is. You don’t even need to have any sort of journalism skills to pull this off, just the bare minimum degree of reading comprehension and media literacy. Here’s what you do:

See a cool, funny, or interesting link or headline.

Woah, this is cool, funny, or interesting, you say to yourself. I would like to share this with my specific network of contacts and friends. Before I do, however, let me take .5 seconds to glance up at the name of the site I’m currently reading.

In lieu of that, merely click on another story on the site in question. Kanye West Scheduled to Perform at Westboro Baptist Church Fred Phelps Funeral reads another headline. Seems legit.

Does the site you’re reading, like The National Report, have random images of Ted Cruz and Sarah Palin atop their banner? That’s weird. Are they loaded with cut-rate ads, and affiliate links to other budget-looking sites? Hmm. Who wrote this story, incidentally? Is it, as in the case of the Bill Murray one, a person named Darius Rubics whose bio says he has both a Peabody Award and a Pulitzer Prize, and yet he’s blogging for a site you’ve never heard of?

“Truth is stranger than fiction,” tweeted another reader of the Murray story. It used to be, but no one can tell what the difference between the two is anymore.