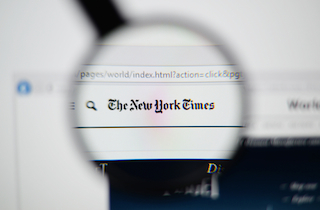 The Gray Lady was criticized for that decision, as was Public Editor Margaret Sullivan, who termed the decision “close call” and suggested the Times review its standards for publishing offensive material.

On Wednesday Sullivan offered a different take, arguing that the Times should publish Hebdo’s new cover, which once again features a caricature of Muhammed. (The paper is sticking with its policy of not running the cover.)

“The cartoon itself, while it may disturb the sensibilities of a small percentage of Times readers, is neither shocking nor gratuitously offensive,” Sullivan wrote. “And it has, undoubtedly, significant news value.”

“With Charlie Hebdo’s expanded press run of millions of copies for this post-attack edition, and a great deal of global coverage, the image is being seen, judged and commented on all over the world. Times readers should not have had to go elsewhere to find it.”

YMMV on whether this is a switch in position. Sullivan argued the actual image of the most recent cover is necessary to understanding the story of the new Charlie Hebdo issue, and that without printing the cover readers may not be able grasp the scale and importance of the news. (She specifically cited print readers who would be unable to click on the links the Times provided to the cover.) Depending on your point of view, this was not necessarily the case of previous articles on last week’s attack. She also maintained the new cover was less pointedly offensive to religious sensibilities. (Muslim groups disagree, but have urged a peaceful response.)

Multiple news networks have declined to air the cover, while Mediaite has reprinted the crap out of it. In fact: 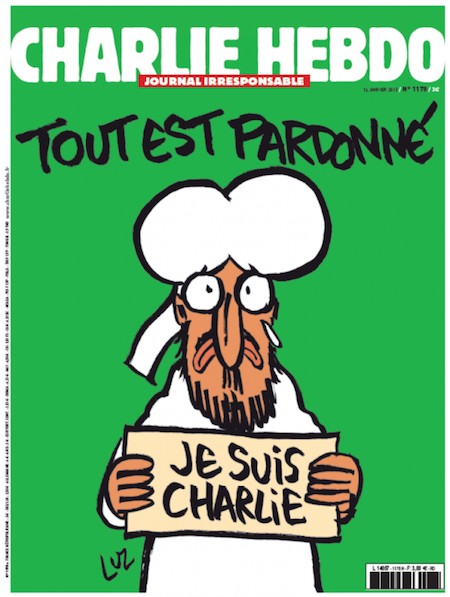