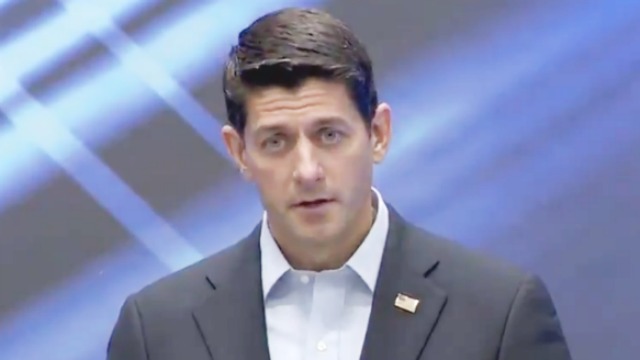 Following the hearing on Capitol Hill today on sexual harassment, Speaker Paul Ryan has announced mandatory anti-harassment training for all members of Congress and staffers:

Today’s hearing was another important step in our efforts to combat sexual harassment and ensure a safe workplace. I want to especially thank my colleagues who shared their stories. Going forward, the House will adopt a policy of mandatory anti-harassment and anti-discrimination training for all Members and staff. Our goal is not only to raise awareness, but also make abundantly clear that harassment in any form has no place in this institution. As we work with the Administration, Ethics, and Rules committees to implement mandatory training, we will continue our review to make sure the right policies and resources are in place to prevent and report harassment.

Congresswoman Jackie Speier said during the hearing today that there are two currently-serving members of Congress who “have engaged in sexual harassment.”

And then there’s this report from CNN today:

CNN spoke with more than 50 lawmakers, current and former Hill aides and political veterans who have worked in Congress, the majority of whom spoke anonymously to be candid and avoid potential repercussions. With few exceptions, every person said they have personally experienced sexual harassment on the Hill or know of others who have.

In an environment with “so many young women,” said one ex-House aide, the men “have no self-control.” “Amongst ourselves, we know,” a former Senate staffer said of the lawmakers with the worst reputations. And sometimes, the sexual advances from members of Congress or senior aides are reciprocated in the hopes of advancing one’s career — what one political veteran bluntly referred to as a “sex trade on Capitol Hill.”