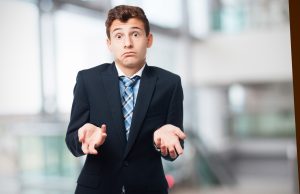 You’ve heard the joke. Whenever Donald Trump has another campaign scandal, journalists and pundits inevitably tweet a sarcastic, “This’ll sink him!”

Somehow, none of it ever does. Why? Why can he get away with multiple things that would have individually torpedoed the campaign of any other GOP candidate?

Well, his fans just don’t care. Their devotion is unwavering. Psychology Today noted that when he said he could stand on Fifth Avenue, shoot someone, and never lose support, even Trump seemed surprised. They wanted to know why he’s so beloved in spite of his many shocking comments and scandals, so they endeavored to psychoanalyze the mogul’s supporters, in a way.

Out of immense frustration, some of us may feel the urge to shake a Trump supporter and say, “Hey! Don’t you realize that he’s an idiot?!” No. They don’t. That may be hard to fathom, but that’s the nature of the Dunning-Kruger effect — one’s ignorance is completely invisible to them.

Next, Azarian cited studies that have shown the conservative mind is more susceptible to unreasonable or exaggerated fear, making Trump’s fear-mongering easy to latch onto. He suggested that Trump supporters’ nationalism is just Terror Management Theory in action, meaning they choose to be deeply patriotic to cover up their existential fears and anxiety about their inevitable deaths.

Finally, he used Trump’s success as a reality television star to explain that people’s obsession with entertainment may just be getting the best of them this year.

The whole thing is fascinating. Read it now.