Read the White House Letter Sent to Acosta Banning Him Again
SIR, HOW DARE YOU

READ: Here’s the Letter the White House Sent to Jim Acosta Banning Him For a Second Time 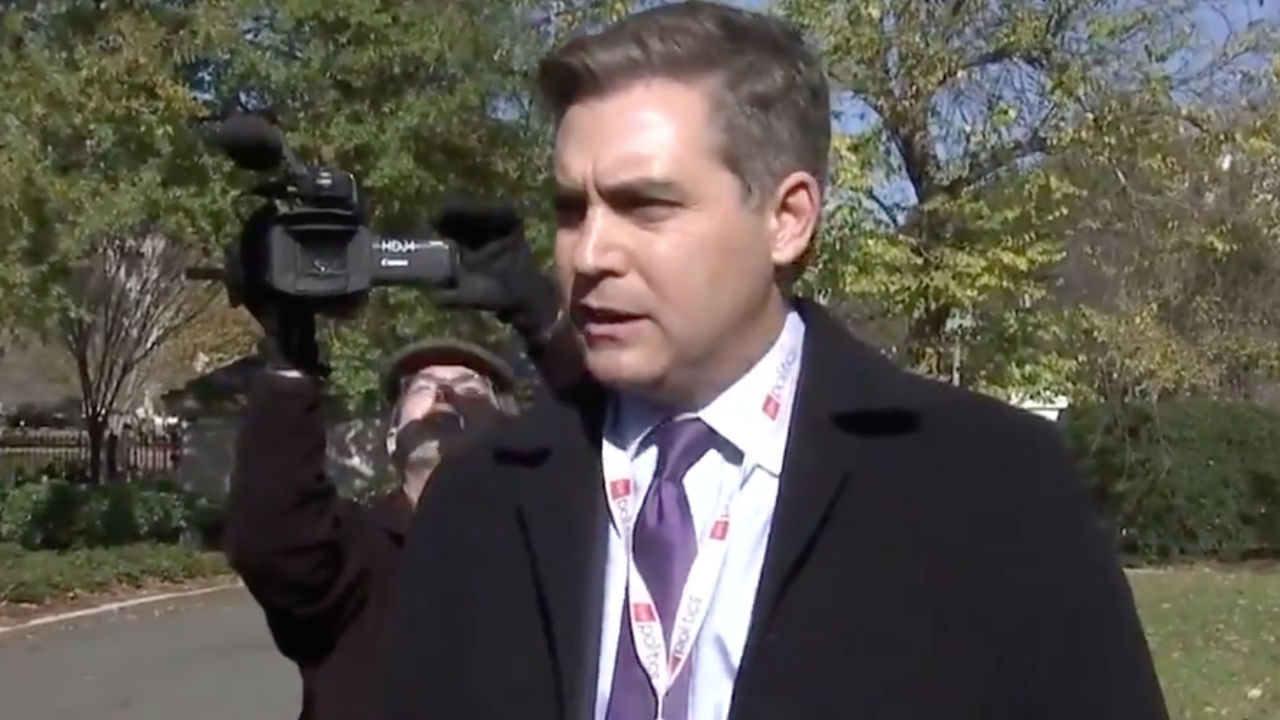 CNN correspondent Jim Acosta will be banned from the White House for a second time in two weeks, according to an announcement from the Trump administration.

This new ban, which was handed out after a federal judge granted Acosta temporary entrance into the White House and told the administration to create clear standards last week, was announced Trump’s press secretary Sarah Sanders and communications chief Bill Shine:

As you know, President Trump has provided and extraordinary amount of access to journalists to ask questions, while operating an extremely open and transparent White House. The White House does not have a written code of conduct for journalists participating in presidential press conferences. We had not previously thought that set of formal rules for journalists’ behavior at press conferences was necessary. That is because it had previously been a widely shared understanding that: (1) a journalist called upon to ask a question will ask a single question, and, having received a response, will yield the floor unless, at the discretion of the President or other White House official answering questions, a follow-up question or questions is permitted, after which follow-up(s), the journalist will then yield the floor; and (2) when a journalist has had his or her question(s) answered, the journalist is expected to yield the floor and, when applicable, physically surrender any microphone the journalist is using to White House staff for use by the next questioner. Three basic, commonsense practices are necessary for orderly press conferences that are fair to all journalists in attendance. They have served the public, the press, and the President well.

Your behavior at a November 7 press conference violated the basic standards governing such events, and is, in our preliminary judgment, sufficient factual basis to revoke your hard pass. While this is our preliminary decision, we would be pleased to consider any material you would like to submit in response to it.”Should you wish to contest this preliminary decision or the factual basis set forth in this letter, please submit a written response to us in writing via email by 5:00 p.m. on Sunday, November 18, 2018. Should you not submit a response by that time, this preliminary decision will [be] final. You may submit that response by emailing it to one or both of us. We are happy to consider that response and any other materials you would like to submit before a final decision is made in this matter. Should you choose to contest this preliminary decision and submit a written response to this formal notice, we will consider your written response and will issue you a final determination in writing 3:00 p.m. on Monday, November 19, 2018. Of course, you will continue to maintain your hard pass while the Temporary Restraining Order issued on November 16, 2018, remains in effect.”

As is noted, Trump, who has called Acosta a “rude, terrible person,” concurred with the decision to continue targeting the CNN reporter after the court handed out a temporary restraining order allowing him to go back to work. During a Fox News interview yesterday, Trump told the network that if Acosta “misbehaves,” then authorities will “throw him out, or we’ll stop the news conference.”