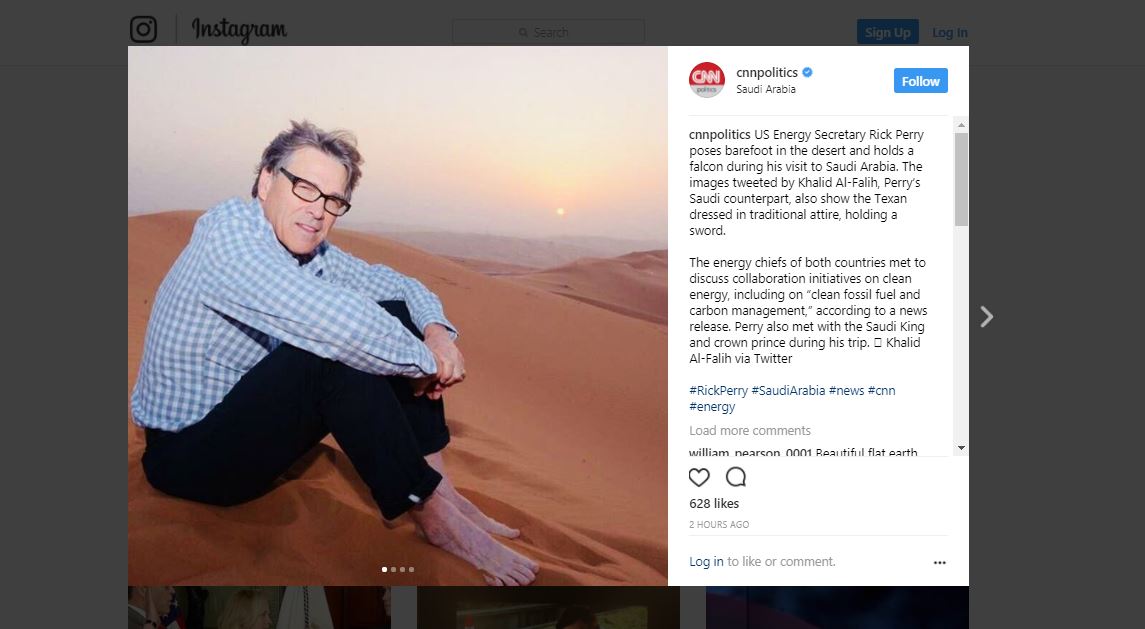 Secretary of Energy Rick Perry visited Saudi Arabia this week to work out a fossil fuels management agreement, but he came back with the best photos the internet could have hoped for.

“Together through the development of clean energy technologies our two countries can lead the world in promoting economic growth and energy production in an environmentally responsible way,” stated Perry on his visit.

The former governor of Texas and Dancing With The Stars contestant can be seen in a number of high-res photos “living his best life,” as one Twitter user put it. Perry appeared to be enjoying the Saudi deserts, good food, and local wildlife.

Twitter turned these glamour shots into numerous hilarious memes, as the opportunity of a Trump administration official posing barefoot beneath the setting sun was too good to pass up. Check out some of the best ones below:

Find someone who looks at you like Rick Perry looks at pita pic.twitter.com/NCNFl6H34W

.@SecretaryPerry looks like he lived his best life in Saudi Arabia pic.twitter.com/Z100qLSW0C

don’t worry middle earth, rick perry’s got the ring and he’s on his way to mordor pic.twitter.com/gGDgjaMIqb