Russia Censors News Site for the Most Ironic Reason

Russia Censors News Site for the Most Ironic Reason 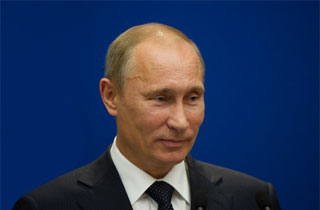 Russia attempting to censor the press for going against its interests is hardly new, but its latest attempts to silence a news outlet — this time, Slon.ru — for attempting to use the very same principle that the nation is using to justify its incursion in the Crimea.

A few days ago, the editors of Slon.ru received a notice from the office of Russia’s state prosecutor, telling them they had 24 hours to remove a piece covering Siberia’s self-determination movement; i.e. the right for it to declare sovereignty, leave Russia, and become its own nation. This is the argument Russia’s used to support the separatist movement in Crimea and Eastern Ukraine — in fact, as the New Republic pointed out, it was cited specifically during Russia’s parliamentary debates that ended in them supporting the separatists. “The right to self-determination is formalised as one of the most important goals of the UN Charter,” Russian foreign minister Sergei Lavrov actually said.

But Russia apparently anticipated that they’d be called out for hypocrisy:

So, just before Russia took up the cause of Russian speakers in Crimea and Donetsk, Moscow decided to firm up the ties that bind its federation together. In December, Putin signed into law a measure that would punish propagating separatist views with up to five years in jail. And now, one of the last independent news sites in Russia—as in, ones that don’t parrot the Kremlin’s increasingly phantasmagorical line—faces closure for merely mentioning a performance piece that, as of yet, has no set time or place. The charge, according to Slon.ru’s editor Andre Gorianov, is “extremism.”