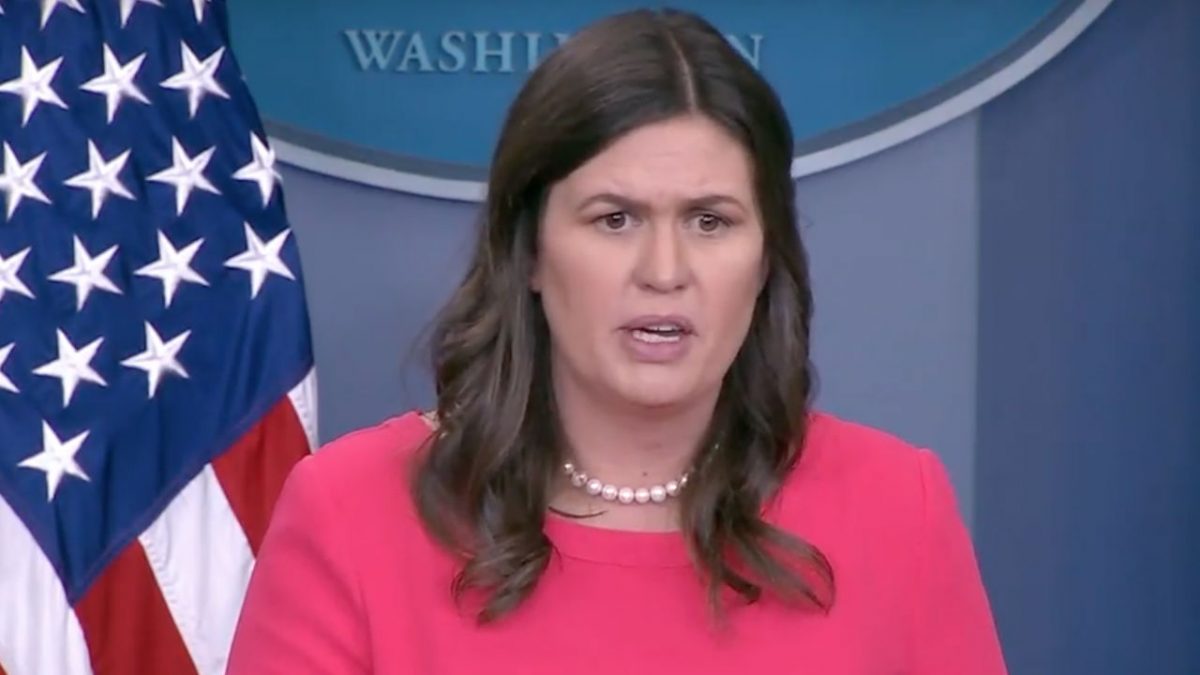 The White House Council of Economic Advisors took the blame earlier tonight after Sanders was being called out for claiming Trump’s already created more jobs for African-Americans than Obama did in total (a false claim that was later repeated on Fox News):

And tonight Sanders herself apologized:

Correction from today’s briefing: Jobs numbers for Pres Trump and Pres Obama were correct, but the time frame for Pres Obama wasn’t. I’m sorry for the mistake, but no apologies for the 700,000 jobs for African Americans created under President Trump https://t.co/EXGvbliwlS