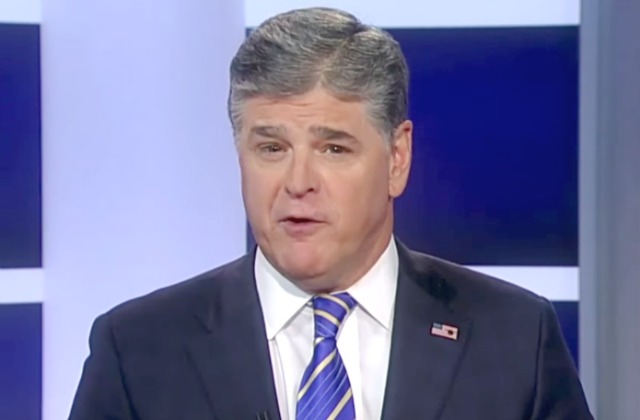 Roy Moore gave an exclusive interview to Sean Hannity today, and Hannity got a bit of praise from Media Twitter for being tougher than some might have expected.

Yesterday Hannity got flak for comments he made about the bombshell report detailing the allegations against Moore, and was even called out by Jake Tapper for his remarks. Hannity said he misspoke and was taken out of context.

Today Hannity pressed Moore on the specific allegations against him laid out in the Washington Post report, and received some surprise praise as a result (ranging from plaudits to backhanded compliments):

.@seanhannity is conducting a meticulous and tough interview with Roy Moore, who is coming across as unconvincing and dismissive of very serious allegations.

Fair is fair: Hannity is not letting Moore off the hook here.

.@seanhannity is conducting a meticulous and tough interview with Roy Moore, who is coming across as unconvincing and dismissive of very serious allegations.

It’s interesting to learn that Hannity can conduct a reasonably tough and newsy interview if he cares to.

Had doubts, but @seanhannity is not doing a bad job pressing Moore on all the allegations.

Hannity going tough on Moore suggests the WH is pissed.

If I were Moore’s staff, I would not let him stay one for segment after segment with Hannity.

Hannity’s not letting Moore off the hook, and Moore is not performing well.

I’m not listening to it (at a place where I can’t), but sounds like Hannity is actually pressing Moore. Sometimes people do surprise you.

Seeing some media types saying some variation of, ‘Hannity is doing a pretty good job with Moore interview.’

No. He’s not. Your expectations were just incredibly low and none of these people will talk to real journalists so you forgot what actually good interviews sound like.