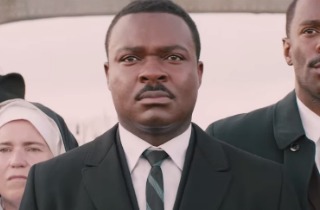 The nominations for the 87th Academy Awards came out Thursday morning, and among the biggest narratives to emerge: Selma got snubbed in multiple categories, earning only a “pity nomination” for Best Picture.

Comedian Patton Oswalt took note of that and commented thusly:

"SELMA? One of the best pics of the year. But the directing, script, all the acting, & cinematography? Meh.

I'm not sure SELMA was the best movie of the year. But as per @devincf, its Bloody Sunday scene alone should put @AVAETC in "best director."

Some have suggested Selma would be snubbed due to its “historical inaccuracies,” a point which many found laughable, given the Academy’s history of selections:

Others think the Academy just has no sense of diversity when it comes to its selection choices:

It was a big year for white actors in Hollywood. #OscarNoms pic.twitter.com/ut1UK2aquz

The lack of diversity in the Academy Award nominations is incredibly depressing.

I am angry both because she deserved a nomination. I am angry because if the legacy of DuVernay’s Selma becomes shaped by its Oscar-season controversy, I fear that it will affect the artistic opportunities afforded to its African-American female director in a manner different than if Selma would have come under fire under the directorial lens of a white male filmmaker.

Some, however, were more resigned: