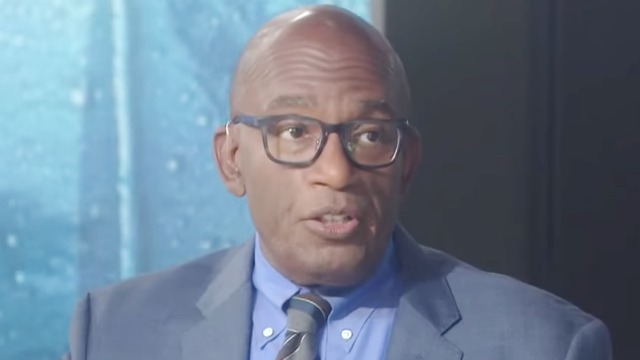 Al Roker took to Twitter this morning to call out Rush Limbaugh over comments the latter made yesterday about Hurricane Irma.

Limbaugh began his comments yesterday by saying at the top, “I am not a meteorologist, and nothing I say today should be considered to be a forecast or a prediction.”

He went on to say this:

“The reason that I am leery of forecasts this far out, folks, is because I see how the system works. Now, I don’t mean this to be a personal attack on anybody, but the one thing that’s undeniable throughout our culture is that everything has been politicized. And in that sense much of our public information system, including from the government, from the Drive-By Media, has been corrupted. It has been corrupted by the individual biases and whatever present bigotry of the people who hold these positions. You can see it in the way the Deep State deals with Trump. You can see it with the way the intelligence community and the Washington establishment deal with Trump. So in the case of a hurricane, what happens? Well, there are many levels here. When a hurricane pops up — and we can’t forget Hurricane Harvey because Hurricane Harvey and the TV pictures that accompany that go a long way to helping further and create the panic.”

“There is a desire to advance this climate change agenda,” Limbaugh continued, “and hurricanes are one of the fastest and best ways to do it. You can accomplish a lot just by creating fear and panic. You don’t need a hurricane to hit anywhere. All you need is to create the fear and panic accompanied by talk that climate change is causing hurricanes to become more frequent and bigger and more dangerous, and you create the panic, and it’s mission accomplished, agenda advanced.”

After Limbaugh’s comments got some attention online, Roker took to Twitter to blast him for it:

Do not listen to @rushlimbaugh when he says #Irma is not a dangerous #storm and is hype. He is putting people’s lives at risk

To have @rushlimbaugh suggest the warnings about #Irma are #fake or about profit and to ignore them borders on criminal. #ShameOnRush