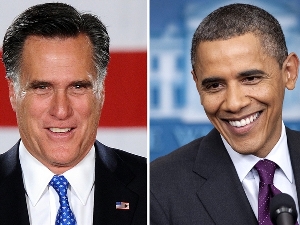 A new Quinnipiac University poll released on Thursday shows former Massachusetts Gov. Mitt Romney is running a competitive race with President Barack Obama in three crucial battleground states. According to the Quinnipiac poll, Romney leads Obama by 44 to 43 percent in Florida but he trails the President in Ohio where Obama receives 44 to 42 percent. In Pennsylvania, Obama leads Romney with 47 to 39 percent, approaching the 11 point margin that Obama won the Keystone state by in 2008. However, the poll shows Obama below the critical 50 percent threshold at which point an incumbent is assumed to be safe for reelection.

RELATED: President Obama Tied With Mitt Romney In Arizona According To New Poll

Voters in all states by wide margins say that the economy is still in a recession and all three states give Romney a narrow lead over Obama when asked who would better handle the economy.

Only in Pennsylvania does Obama receive positive marks from voters on job approval – 50 to 46 percent of voters approve of Obama’s job as president in Pennsylvania and the same margin say he deserves reelection.

Voters disapprove of the President’s performance in the White House by 50 to 46 percent in Florida. 50 to 45 percent there say Obama does not deserve reelection.

Voters are split in Ohio, where 48 to 47 percent approve of Obama’s job as president while 47 to 48 percent say he does not deserve reelection.

The poll was taken between April 25 and May 1.