Sorry, Ladies: Pelvic Exams Are Bullsh*t
Everything Is Lies 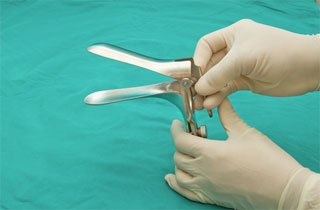 Are you a woman who has ever had this terrifying thing stuck up your vagina in the name of preventative health? Well, great news: you never needed to do that! You were just violated for no reason at all. Happy Saturday.

A new study from the Annals of Internal Medicine found that annual pelvic exams, in which gynecologists pry open the vaginal walls with what is essentially a carjack to examine the reproductive organs, do nothing to prevent “morbidity or mortality of any condition” if performed on women not displaying any symptoms. Researchers pored over 70 years of data, and concluded that not only did the annual pelvic exam not do anything productive, it also can “subject patients to unnecessary worry and follow-up” and “cause anxiety, discomfort, pain, and embarrassment, especially in women who have a history of sexual abuse.”

In an editorial also published in Annals, internists George Sawaya and Vanessa Jacoby of the University of California–San Francisco, conclude that the pelvic examination has “become more of a ritual than an evidence-based practice.” Sawaya told me that the routine pelvic exam is such “a foundational cornerstone” of gynecology, it’s hard to even trace its origins. The new report urging doctors to reverse course will be “very controversial,” Sawaya says. “I expect a lot of physicians to raise their eyebrows.”

The possibility of never having to get an invasive pelvic exam holds promise for women’s reproductive health: imagine never having to undergo an awkward exam in order to get birth control, or stabbed in the cervix every year to check for HPV. That would make life somewhat better!

(Guys, if you want to understand how unappealing a pelvic exam is, imagine that for every year of your life, you have to get a cold metal rod stuck up your butt once a year as part of your annual checkup, and then learning that you never had to do that.)