Steve King Responds to His Own Comments: My Views Don’t Make Me a White Supremacist 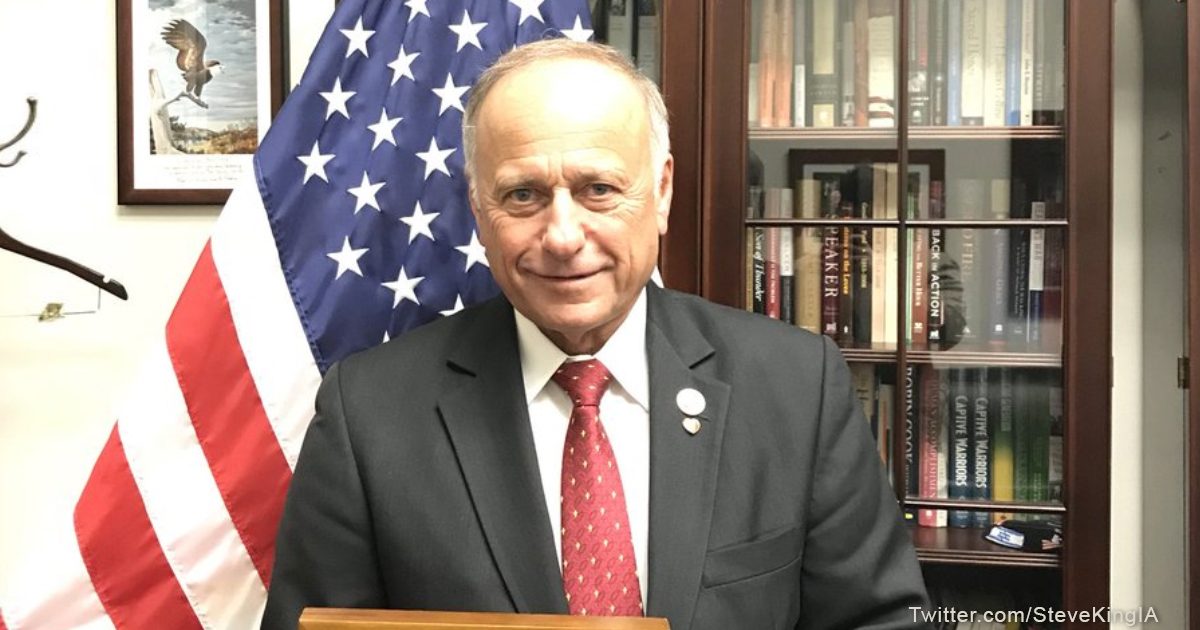 Rep. Steve King (R-IA) is defending himself in response to criticism that met his latest comments asking why “white supremacist” is considered such an offensive term.

In light of public outcry, King released a statement on Twitter where, interestingly enough, he does not deny that he made those comments, but seems to reject that language as offensive.

My statement on the New York Times article. pic.twitter.com/IjBHgZYgRD

As you can see, King clarifies that he considers himself a “Nationalist” while denying that means he is a white supremacist.

“I reject those labels and the evil ideology they define,” King writes. He goes on to defend his remarks about the value of Western Civilization while saying “this conviction does not make me a white nationalist or a white supremacist.”