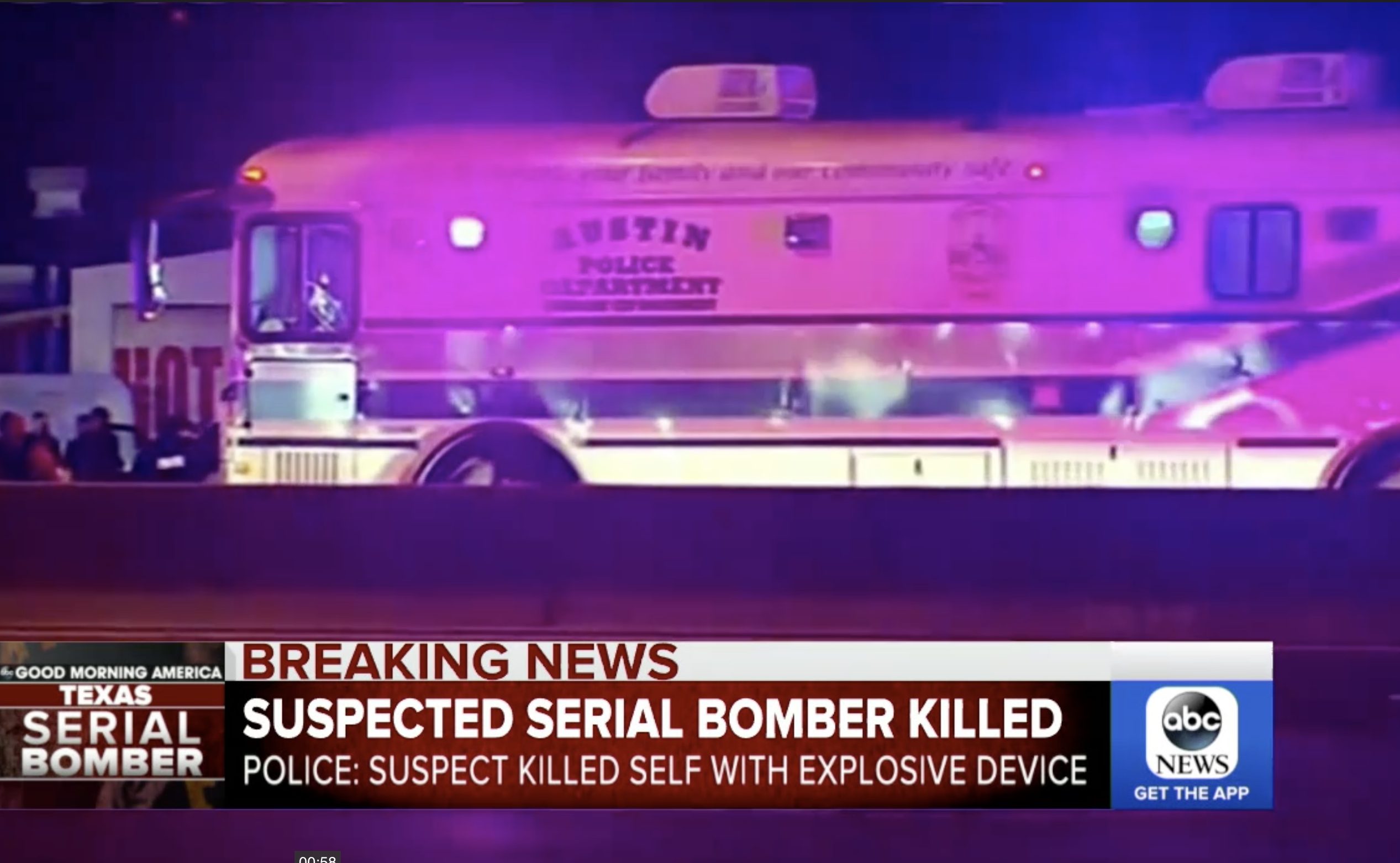 The man suspected of carrying out the bombings via mail in Austin, TX blew himself up in his vehicle early Wednesday — according to authorities.

Austin police chief Brian Manley said (via The New York Times) that authorities have not yet been able to determine a motive.

“We do not understand what motivated him to do what he did,” Manley said.

NBC News reports, through two law enforcement sources, that the now-deceased suspect is Mark Anthony Conditt — a 24-year-old white male. According to the Times, the bombing suspect lived in Pflugerville, TX — a suburb about 20 miles northeast of Austin.

Authorities said they were not tracking the suspect’s movements in the day leading up to his death, and so further devices may yet be unaccounted for.

“We still need to remain vigilant,” Manley said. “We do not know where he has been in the past 24 hours.”