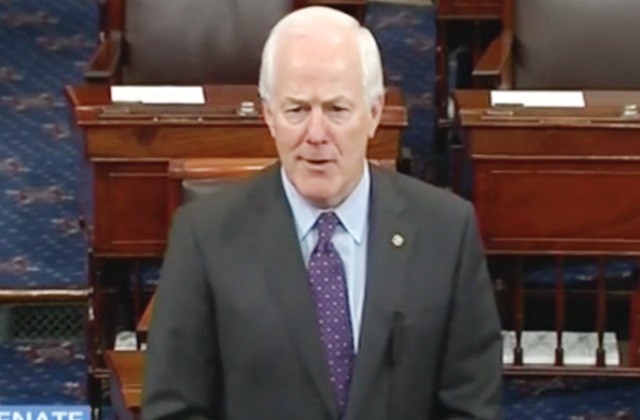 In an apparent effort to avoid a repeat of the scene earlier this week at Bethune Cookman when Education Secretary Betsy DeVos was loudly booed while delivering a commencement address, Texas Southern University has canceled Republican Senator John Cornyn‘s planned speech to the school’s graduates on Saturday.

According to Politico, students at the historically black university objected to the Senator’s votes to confirm DeVos as well as Attorney General Jeff Sessions.

The University posted a statement to Facebook explaining their decision.

Texas Southern University’s number one priority is student success and completion. We are proud to announce that 1,138 students have completed their academic journey and are now positioned to compete on a national level. Commencement exercises are special moments for our students, their families and the entire University. Every consideration is made to ensure that our students’ graduation day is a celebratory occasion and one they will remember positively for years to come. We asked Senator Cornyn to instead visit with our students again at a future date in order to keep the focus on graduates and their families. We, along with Senator Cornyn, agree that the primary focus of commencement should be a celebration of academic achievement.

In a statement to Politico, a Cornyn spokesman said the Senator “was honored to be invited to address TSU’s graduates, but he respects the administration’s decision and looks forward to continuing to engage with the university in the future.”