The Awful Reason Michael J. Fox Is Trending on Twitter 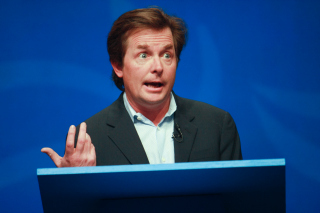 Early this morning, the “Michael J. Fox” trend reached its peak on Twitter and then slowly died down as the day went on, according to Trend24, and even attained the number-three spot at this time yesterday.

So some are asking, why is Michael J. Fox trending? Is there a Back to the Future marathon on cable this weekend? One clever user has an answer:

Often when celebrities are trending on Twitter, it means they have just passed away. This user expresses her worry at the potential death of the beloved actor:

I see Michael J Fox trending, I get scared and think he is dead. Good job Twitter for giving me a freaking heart attack before lunch :-/

why is Michael j fox still trending, is he ok?

Another user has a solution to stop the madness:

To everyone who posted a joke about Michael j Fox cuz his disease. Find the highest bridge and jump off it

Here are a handful of the bot tweets in question:

Me dancing to dubstep is similar to Michael J. Fox baking a cake.

A blind folded Michael J Fox could wrap presents better than me.

Make all the jokes about Michael J. Fox that you want but he still makes the best damn milkshakes, hands down.

It is still unclear how or why this trend began. Click here to see the bots’ tweets in real time.