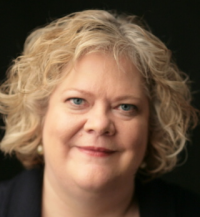 Micheline “Micki” Maynard, the New York Times‘ Senior Business and Detroit Correspondent — plus resident expert on planes, trains and automobiles — surprised her colleagues today by announcing that she was leaving the NYT to become the editor for the new Upper Midwest Local Journalism Center based in Chicago and its new editorial initiative “Changing Gears: Remaking the Manufacturing Belt.” The Center is funded in collaboration with the Corporation for Public Broadcasting and National Public Radio; Maynard will be the senior broadcast editor, hiring and directing a staff focused on creating programming that examines, according to Maynard, “ways to reinvent the Rust Belt.”

NYT Business Editor Larry Ingrassia sent out a surprised but very warm email alerting colleagues to the move (see below), saying “We are really going to miss her. In her 10 years at The Times, she has made so many valuable contributions – never more so than during the collapse of the domestic auto makers last year, which she helped cover with distinction with her colleagues Bill Vlasic and Nick Bunkley, winning a Sabew award.” Maynard’s 2004 book, The End of Detroit, foretold much of the collapse of the “Big Three”-based auto industry over the next five years.

Micki’s on-air skills will no doubt owe a nod to training she got as a featured guest on Office Hours just two scant weeks ago. As for her reporting, research, editing and assigning skills — well, anyone who has read her stuff knows she’s got that covered. Memo from Ingrassia below; continue to get your Micki fix with her Twitter here.

I am very sad to tell you that Micki Maynard, our Detroit correspondent par excellence, is resigning to take part in a new public radio journalism venture in the Midwest.

We are really going to miss her. In her 10 years at The Times, she has made so many valuable contributions – never more so than during the collapse of the domestic auto makers last year, which she helped cover with distinction with her colleagues Bill Vlasic and Nick Bunkley, winning a Sabew award. In addition to covering the auto industry, Micki also did a great job of covering airlines, bringing her great competitive instincts and deep knowledge of the industry produced lots of terrific stories.

She also has been a wonderful colleague, helping to mentor younger journalists like Jeremy Peters and Michael de la Merced. Last year, she was given The Times’ Nathaniel Nash Award last year in recognition of her valued role as not only a fine journalist but a team player who was dedicated to making the paper overall and Business Day as good as it could be.

Of her new adventure, Micki says, “I will become the senior broadcast editor of the Local Journalism Center for the Upper Midwest that has been funded by the Corporation for Public Broadcasting in association with National Public Radio. I will hire and direct the staff of a project called Changing Gears. We will be producing original programs that will look at ways to reinvent the Rust Belt. Our reports will focus on a number of key areas, including the environment, education, jobs, and culture.” As lead anchor, Micki says she will host on-air documentaries and public forums, produce her own programs and oversee coverage, which will be fed to NPR as well as sponsoring stations – Chicago Public Radio, Michigan Radio in Ann Arbor and IdeaWorks in Cleveland.

Micki emphasizes how much she has loved her time at The Times, but adds that this is an opportunity to do something new that she felt she couldn’t pass up.

I’m hoping to get Micki to New York for a fond farewell. Again, we will really miss Micki, but of course wish her the best of luck.