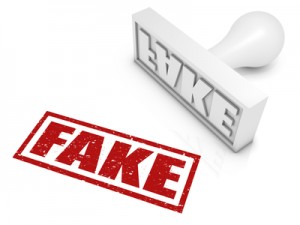 During the general election, while I was wrongly predicting a Donald Trump defeat, I wrote a few times about how badly equipped the news media is to handle a prodigious liar like our now president-elect and how the fourth estate may simply be too broken to stop him. While my instincts were correct on at least those fronts, part of why I blew the ultimate outcome is that I underestimated the issue of “fake news,” which is now becoming one of the most widely-discussed post-election narratives, with even President Obama weighing in very strongly on the issue.

I am normally very skeptical of narratives that the media universally jump on, especially when they are self-serving to the media in particular, and to liberals in general. There is no doubt that the theory that Trump won in part because his lemmings were fed with fake Facebook stories, making them impervious to the fact-based news which should have disqualified him in a rational person’s mind, is obviously very inebriating to those who are looking for excuses for their own impotence and failure. However, in this case, I believe that there is much merit to the argument.

The revelation in Buzzfeed’s study that towards the end of the campaign clearly fake election stories actually outpaced real ones from mainstream news outlets on Facebook is truly astonishing and very disturbing. What is even more amazing is that many of these websites and the ensuing fake stories were apparently manufactured by teenagers in the Yugoslav Republic of Macedonia (the next thing you’re going to tell me about this crazy election is that Billy Bush got fired for the Access Hollywood tape and Donald Trump ended up becoming president!).

While Mediaite’s Alex Griswold makes some good points in warning about overreacting to this phenomenon, I do think that this issue deserves every bit of the attention it is getting and that it also may have had a significant impact on this very close campaign’s outcome.

It is these types of completely concocted stories that can easily gain traction among voters who would be likely to vote for Trump or against Hillary Clinton. Since the Nixon Administration, conservatives have been railing, usually with great merit, against the insidious bias of the mainstream news media. Over time, with the advent of talk radio and Fox News Channel, it became accepted that any news which came from a “non-conservative” source was, at best, inherently suspicious. Trump’s magical run injected that belief with steroids by routinely ripping into the news media for telling usually obviously true stories, often when they simply quoted him directly.

So you have a huge population of people who understandably don’t trust the news media at all (some surveys indicate that over 3/4ths of Americans share this view) and a human condition which automatically gravitates to believing what makes them feel good and disbelieving what makes them uncomfortable. This was simply a combustible combination. Then advent of the Internet in general and Facebook in the particular lit the flame which resulted in this wildfire of fake news.

You see, in the “old” days, it was impossibly expensive to replicate a newspaper or to produce a reasonably high-quality film/video, or even audio, presentation. Therefore, the mainstream media had a near monopoly on the dissemination of widely consumed information. Yes, there were tabloids, but much like pro wrestling, even the most of their consumers didn’t usually treat the information as “real.”

But now, when you see a Facebook post from The New York Times, it looks visually the same as something from a completely fake website. In fact, among MANY conservatives, seeing a story sourced from a “mainstream” outlet is, in all seriousness, FAR more of a discrediting characteristic than for it to come from a completely unrecognized outlet (interestingly, this is similar to the phenomenon that Trump got the benefit of the doubt over Hillary with a lot of voters because he has NO experience). That is rationally absurd, but given how the news media has badly abused the public’s trust and overtly worked on behalf of Democratic candidates, it is a fate which, while bad for society, is sadly not undeserved.

As for its impact on the election, I recognize that most of those who were consuming this obvious garbage and who were too intoxicated with their love of Trump or hatred of Hillary to realize it, were not “swing” voters. However, you can’t underestimate how much enthusiasm and momentum Trump carried, especially after the potentially fatal Billy Bush tape.

Affirmation is an incredibly important element to the human belief system. If no one else around you thinks the same way that you do and the news media is constantly telling you that you’re wrong, it is MUCH easier for you to lose confidence in that conviction. In the past, many Trump enthusiasts would have lost morale while facing the onslaught of the media attacks. However, in the Facebook era, it actually made them even more defiant because they could see that tens of thousands (and often more) of people just like them were “liking” posts and viewing videos, many of which were greatly misleading, if not completely made up.

In short, it’s not so much that fake Facebook news created Donald Trump voters, but, like a glue made of horsecrap, this absolutely helped hold his “coalition” of the “poorly educated” together when previously they would have probably fallen apart.

And let’s make no mistake about it, Trump himself has very much helped, clearly on purpose, facilitate this “post-truth” environment in which our already broken political discourse is now staggering. Just last night, Trump tweeted twice about a conversation he had with the head of Ford motor company. He overtly took credit for Ford deciding to keep a “plant” in Kentucky rather than move it to Mexico:

I worked hard with Bill Ford to keep the Lincoln plant in Kentucky. I owed it to the great State of Kentucky for their confidence in me!

Just got a call from my friend Bill Ford, Chairman of Ford, who advised me that he will be keeping the Lincoln plant in Kentucky – no Mexico

The “problem” here is that no such thing was ever going to happen. No Ford plant was ever going to be moved and, at best, Trump mistook a “product” for a “plant.” The reality is that Trump did absolutely nothing remotely worthy of a brag. In effect, Trump created his own “fake news.”

However, none of this is going to matter at all to Trump. He achieved his objective. Tens of thousands of his biggest fans now think that Trump, even as only a president-elect, is already making “America Great Again.” If any of those fervent supporters happen to accidently stumble (most will not) on some news coverage gently correcting Trump for what should be called a blatant lie, they will simply disregard that information because it came from an media outlet which they already are certain can’t be telling the truth about Trump because, get this, their Messiah told them so.

This is as maddening as it is inevitable. The very last “Republican” who should be benefiting from the years of real bias is the one who is gaining by far the most from the misperception of it.

I agree with President Obama (I can’t believe how often I have been forced to admit that during this election!) that this whole topic is a threat to the stability of our democracy. The problem is that there are no good/easy solutions and, in fact, some of the resolutions being proposed may be worse than the original problem.

Since Facebook is not (yet) a government entity, this is not really a “First Amendment” issue, but there should still be great concerns about any attempt to fix this by banning “fake” news outlets altogether, or even from access to advertising or trending lists. Obviously, determining what is “fake,” while often easy, is always going to come down to some sort of subjective evaluation. Since it is liberals who will always be making such determinations, it is obvious that there would be great bias against sites which appear to be “conservative” (whatever the hell that means these days).

This conundrum doesn’t just create a problem along political lines. What about websites with alternative views contrary to the conventional wisdom on other matters of public interest? I have one myself, which I know to be based in truth, but which I have no doubt could be deemed “fake” by some mid-level Facebook staffer without the first clue about the facts. I have no doubt that had Galileo owned www.TheEarthRevolvesAroundTheSun.com in the early 17th century that it would have been deemed “fake” and prevented from getting any traction.

The intrinsic problem with a free society is that liberty often causes problems, especially when much of the population is both very busy and poorly educated. There is no short term solution for this conspiratorial genie which is now out of its technological bottle. In a sense, the Trump presidency itself will be a referendum on the topic of truth.

With a Trump presidency, it really will be a “post-truth” world forever because fantasy is always more compelling than reality, and our future leaders will know not to even bother with the latter when the former is so easily created, disseminated, and embraced.
— —