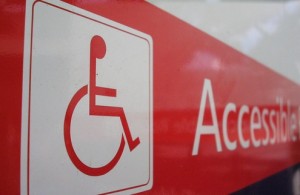 Earlier today, Mediaite published a piece entitled “Holder’s Justice Department Directed To Hire Dwarfs, People With ‘Psychiatric’ Or ‘Intellectual Disabilities’.” I disagreed with the decision to publish the article because I believe it to be factually incomplete, and arguably inaccurate. The piece upon which it relied was, in my view, a clear attempt to single out, stigmatize, and mock people with those specific disabilities, and its publication should be a source of shame to those who created it, and of outrage to everyone else.

That’s simply not true. The document they’re relying on lists nine separate categories of disability, including blindness, deafness, partial or complete paralysis, missing extremities, and epilepsy, plus a tenth catch-all category. Neither piece explains that these guidelines are the result of an Executive Order directing the Justice Department to comply with an earlier Executive Order by President Bill Clinton, the goal of which was to make the federal government a “model employer” of individuals with disabilities, who are underrepresented in the federal workforce.

They also don’t explain that the Executive Order upon which this policy is based specifically says that it does not require agencies to change qualifications, or that the DOJ policy specifically says the program is only targeted at qualified applicants. Finally, they fail to explain that the waiver of the requirement that a new DOJ employee have practiced law for one year before being hired is available to all persons (not just “lawyers with psychiatric disabilities and ‘severe intellectual’ disabilities”) with targeted disabilities, and is not automatic. The merits of diversity policies are open for debate (and, obviously, politically-charged), but the facts about them are not.

Obviously, the policies were cherry-picked in order to paint the policy (and specifically, Attorney General Eric Holder) in the most negative light, but why single out these three particular disabilities? If the premise is that preferential treatment is bad, then it should be equally bad for a person with dwarfism and a blind person. PJ Media singled out people with dwarfism, intellectual disabilities, and psychiatric disabilities in order to ridicule the hiring of such individuals as particularly absurd, because people with those disabilities are easy targets. Just ask Joe Scarborough.

It is precisely this kind of ignorance that necessitates policies like this. There is no reason a person with dwarfism, intellectual disabilities, or psychiatric disabilities can’t fulfill the requirements of a job for which they are qualified, and their under-representation in the federal workforce, and the larger labor force, is evidence that not everybody knows that.