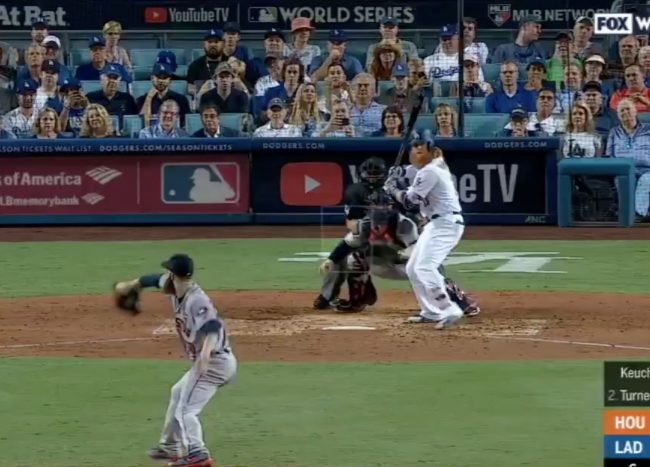 Check out the clip above from Tuesday night’s Game 1 of the World Series.

Oh, sorry. Did we say clip? We meant, check out the photo that looks for all the world like it’s a video clip but it’s actually not because YouTube apparently wants to torture us all.

Give YouTube credit for this one. The Internet video behemoth placed an ad behind home plate through much of the game featuring their signature red and white play button. When a right-handed batter was in the box, that play button appeared to be right in the middle of the screen — in a spot where one would normally click on it.

The ad placement was equal parts brilliant and diabolical. And it drove fans batty watching at home. Here’s a small sampling of the reaction from Twitter:

The YouTube ad behind home plate putting the red play button in the exact middle of the screen is sorta next-level evil.

is this the World Series or a YouTube ad

this YouTube ad is smart marketing but that red play button in the middle of the screen is incredibly distracting and annoying pic.twitter.com/2CD1nNv4OW

Anyone else find this YouTube ad play button behind home plate exceptionally distracting? Every time I think it's a frozen YouTube video