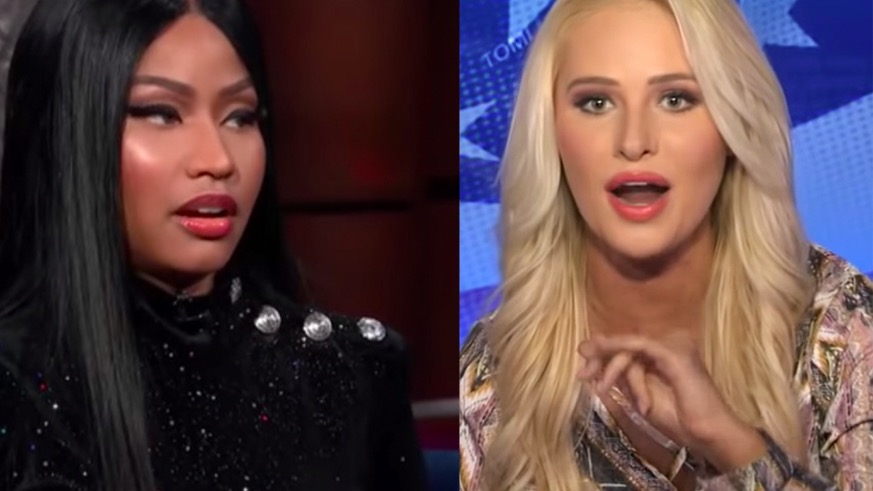 Fresh off a mind-numbing beef with Cardi B, Fox Nation host Tomi Lahren is exchanging fire with another rapper, Nicki Minaj.

The latest Twitter spat got rolling when Lahren mocked rapper 21 Savage for getting arrested by ICE for allegedly overstaying his visa. ICE officials said 21 Savage, real name Shayaabin Abraham-Joseph, moved to the U.S. from the U.K. in 2005 and is currently in America illegally.

Lahren, who is apparently a fan of the rapper, mocked his arrest and potential deportation by quoting his hit song “Bank Account”:

Minaj fired back by accusing the Fox Nation host of being “obsessed” with her culture, adding: “You fkn clown.”

Your obsession w/our culture is scary to say the least. I hate giving you the attention you so desperately crave. Laughing @ ppl getting deported as if your ancestors discovered America. Are you Native American? You fkn clown. https://t.co/7m0fYnubkq

Lahren responded by claiming her “ancestors did discover America” and assuring Minaj that she hoped 21 Savage would be “able to get an entertainment visa or become a citizen one day.”

When you’re in the country illegally, you get deported. I didn’t write the law and neither did ICE. They enforce it. I hope @21savage is able to get an entertainment visa or become a citizen one day.