Trump Backs Giuliani: ‘Collusion is Not a Crime, but That Doesn’t Matter’
TWEET

Trump Backs Giuliani: ‘Collusion is Not a Crime, but That Doesn’t Matter’ 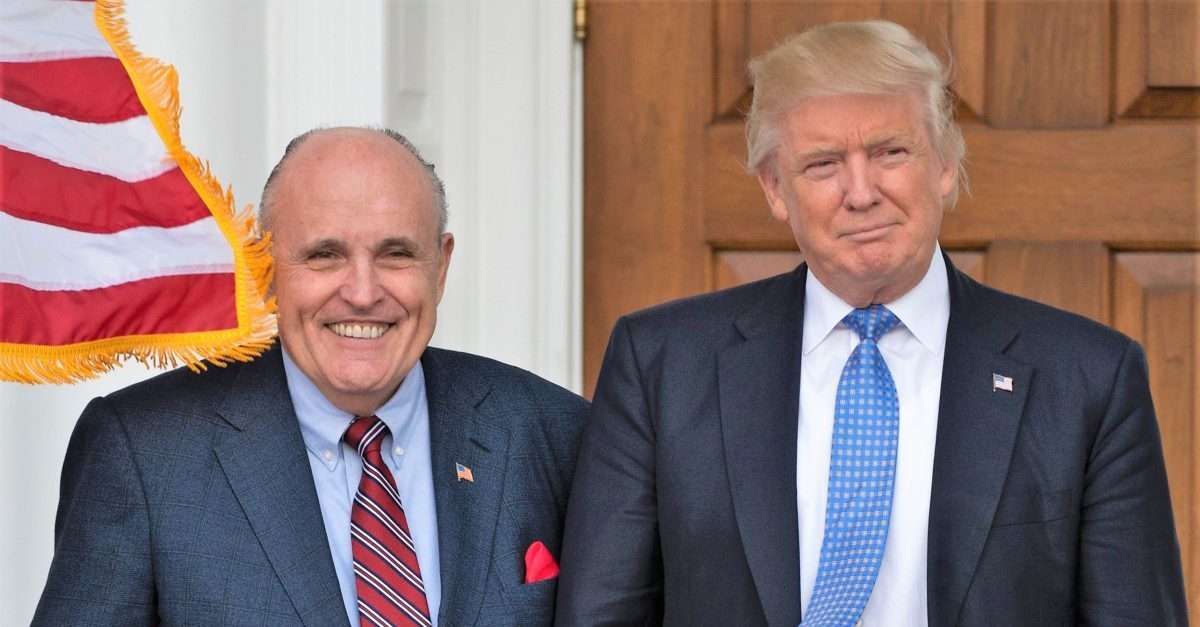 Collusion is not a crime, but that doesn’t matter because there was No Collusion (except by Crooked Hillary and the Democrats)!

As you can see, Donald Trump is attaching himself to the whirlwind of comments Rudy Giuliani gave during yesterday’s media campaign. The former New York mayor-turned-Trump attorney sowed a lot of confusion on Monday by giving multiple interviews where he questioned whether it would’ve been a crime even if Trump did collude with Russia to swing the 2016 election his way.

The comments from Giuliani were interesting since they flew in the face of Trump’s profuse, repeated denials of any unscrupulous relations with Russia. At one point, Giuliani had to call into Fox News in order to clean up his remarks and state there was no collusion.

Also, if Trump is saying “collusion is not a crime,” wouldn’t that mean that Hillary Clinton‘s alleged “collusion” was just as non-criminal?