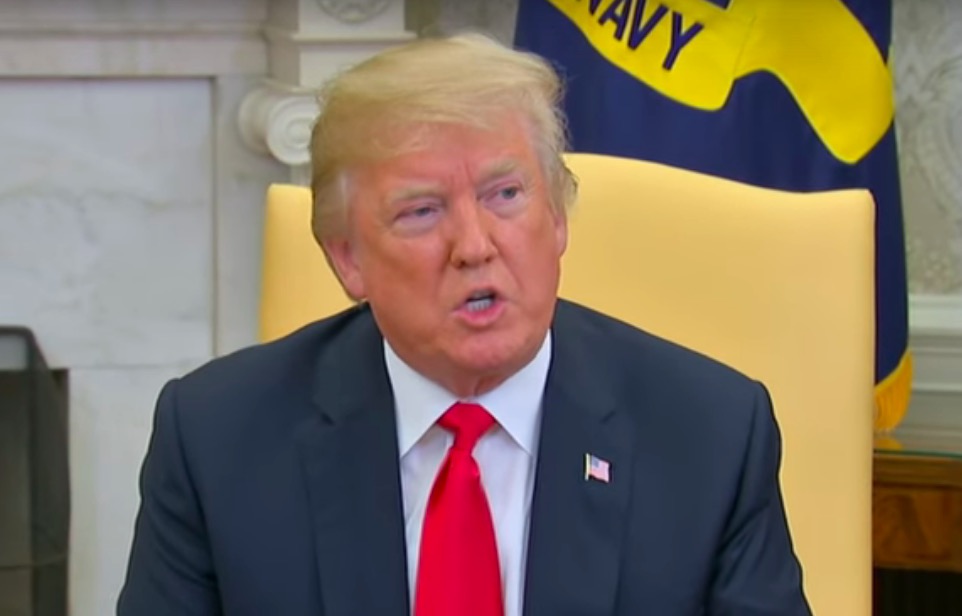 President Donald Trump took to Twitter on Saturday to tout his latest theory that the “FBI or DOJ was infiltrating” his campaign during the 2016 election in order to sabotage it and allow for a Hillary Clinton victory.

This latest theory is based on a New York Times report that revealed the FBI launched an incredibly secretive investigation into the Trump campaign in 2016 and used an informant to glean info from four campaign affiliates: Michael Flynn, Paul Manafort, Carter Page, and George Papadopoulos.

That report was seized on by the Russia investigation’s chief critics in the media who argued it was evidence the FBI spied on the Trump campaign with the malicious intent of setting then-candidate Trump up and bringing him down (they clearly did not do a very good job of it, but that’s apparently beside the point). Trump himself has enjoyed this narrative, tweeting about it often, if always in the conditional.

Trump tweeted — erroneously, as no one reported that the informant was “implanted” into his campaign — on Friday:

“Reports are there was indeed at least one FBI representative implanted, for political purposes, into my campaign for president. It took place very early on, and long before the phony Russia Hoax became a ‘hot’ Fake News story. If true – all time biggest political scandal!”

Trump again wheeled out the “If” in his latest tweet Saturday evening:

“If the FBI or DOJ was infiltrating a campaign for the benefit of another campaign, that is a really big deal,” he wrote. “Only the release or review of documents that the House Intelligence Committee (also, Senate Judiciary) is asking for can give the conclusive answers. Drain the Swamp!”

If the FBI or DOJ was infiltrating a campaign for the benefit of another campaign, that is a really big deal. Only the release or review of documents that the House Intelligence Committee (also, Senate Judiciary) is asking for can give the conclusive answers. Drain the Swamp!

House Intelligence Committee Chairman Devin Nunes has been engaged in a tense showdown with the Department of Justice over documents he has demanded that relate to special counsel Robert Mueller‘s investigation into the Trump campaign’s Russia ties.

The DOJ has refused to hand over the documents, arguing they could endanger an intelligence source, Politico reported.

Now, while the New York Times and the Washington Post have omitted the name of that intelligence source from their reporting, it has become abundantly clear who he is. Hell, the Daily Caller reported on him three months ago, so the cat’s pretty much out of the bag.