Trump Compares Himself to the Mayor of Tijuana Over Caravan Woes 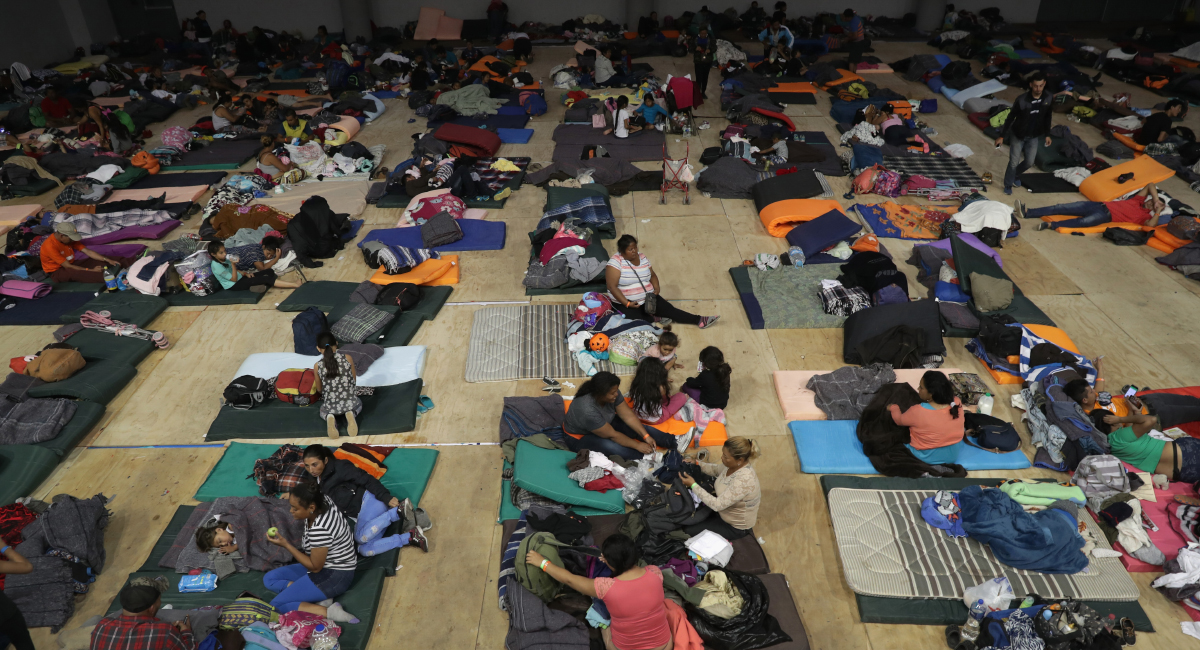 Migrants rest inside a temporary migrant shelter next to the U.S.-Mexico border on November 17, 2018 in Tijuana, Mexico. (Photo by John Moore/Getty Images)

President Donald Trump is tweeting on Sunday afternoon, and his latest is about the migrant caravan that is currently in Mexico near the U.S. border.

Tijuana’s Mayor Juan Manuel Gastelum has made a number of public statements since the caravan arrived in the border town. He called the influx of people an “avalanche” and said the city is “ill-prepared” to handle the situation. It is estimated migrants could be in town in Tijuana for as long as six months or more as they attempt to gain asylum in the United States.

Over three thousand migrants arrived to the town on Saturday, and hundreds more are on the way in.

Citing Tijuana’s woes, President Trump quoted the Mayor in his tweet, likening the situation his administration faces to that of the single border town.

The Mayor of Tijuana, Mexico, just stated that “the City is ill-prepared to handle this many migrants, the backlog could last 6 months.” Likewise, the U.S. is ill-prepared for this invasion, and will not stand for it. They are causing crime and big problems in Mexico. Go home!

“Likewise, the U.S. is ill-prepared for this invasion, and will not stand for it,’ he wrote. “They are causing crime and big problems in Mexico.”

The Tijuana mayor did not say the town would not “stand for it”, and in fact the city successfully accepted a large influx of refugees from Haiti in 2016 escaping the devastation there. Many of those refugees still live in Tijuana, own businesses, and have jobs.

To the Washington Post, Tijuana Police officer Victor Coronel said he wonders how the city can handle the number of people arriving. “The only thing we can do is hope that President (Donald) Trump opens his heart a little,” said, indicating a general sense that the United States as a large, wealthy nation may be able to better handle the few thousand people than a single border town in Mexico.