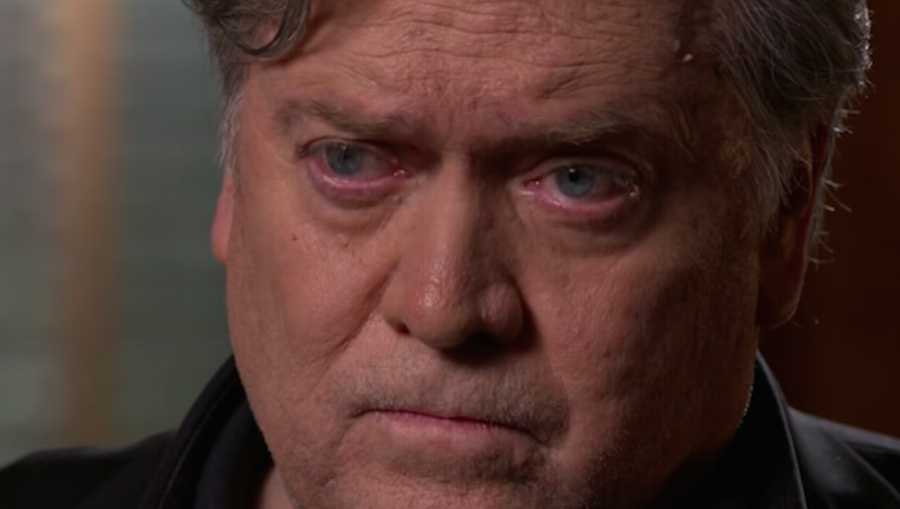 Politico’s Eliana Johnson reported an unsettling statement from President Trump, when he reacted to a disturbing story about former chief strategist Steve Bannon’s past.

When Bannon became CEO of the Trump campaign back in 2016, there were a lot of reports and profiles about his strange, nomadic lifestyle before he took the helm at Breitbart. One aspect of Bannon’s past that received attention was a lawsuit his ex-wife filed against him for domestic violence and battery.

Here’s how Politico previously reported on the charges:

The Santa Monica, Calif., police report says that Bannon’s then-wife claimed he pulled at her neck and wrist during an altercation over their finances, and an officer reported witnessing red marks on her neck and wrist to bolster her account. Bannon also reportedly smashed the phone when she tried to call the police.

The case against Bannon was dropped when his ex-wife didn’t show up to court, and the controversial chapter had no impact on his position within the Trump campaign. As Michael Wolff’s book continues to fuel the newfound animosity between Trump and Bannon, Johnson tweeted this account of what the future-president thought when he found out about Bannon’s alleged actions:

Was just told, by person present, that Trump referred to Bannon as “Bam Bam” after allegations of domestic abuse surfaced against him (Bannon) during the campaign. Trump told ppl: “Don’t worrry abt Bam Bam, he’s locked away in a room working 20 hrs a day. He never comes out.”