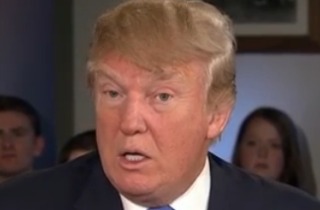 Indications are suggesting that Donald Trump has damaged his own business brand by engaging in the controversial politics that shroud his presidential campaign.

Ever since Trump launched his campaign last year, several areas of his empire have experienced fallout as business partners cut ties with the mogul in order to distance themselves from his rhetoric. These shifts have had an impact on Trump’s golf courses, his clothing line, and even the business ventures of Trump’s daughter and top associate, Ivanka.

A report from NBC suggests that people have become less likely to buy Trump-related products, and that there’s been a decrease in patronage at his various properties. Separate reports have also shown that tenants who live in Trump’s apartment buildings are now increasingly uncomfortable residing in complexes with the mogul’s name on them.

Statistics that were reported by The New York Times have shown that various consumers and business leaders have actively avoided the Trump brand as his antics grew steadily more controversial.

Amanda Miller, the Trump Organization’s vice president of marketing, has refuted the idea that Trump’s brand has suffered major damage over the past 18 months.

“The Trump Brand remains incredibly strong and we are seeing tremendous success across business units,” Miller said. “We continue to outperform our competitors and are very enthusiastic about the future and our continued growth.”

Eric Trump offered similar thoughts recently, stating in a family interview that their name is “the hottest brand in the world right now.”