Twitter Had a Great Time With WH Physician’s Briefing on Trump’s Excellent Health: ‘I’m a Girther’

Twitter Had a Great Time With WH Physician’s Briefing on Trump’s Excellent Health: ‘I’m a Girther’ 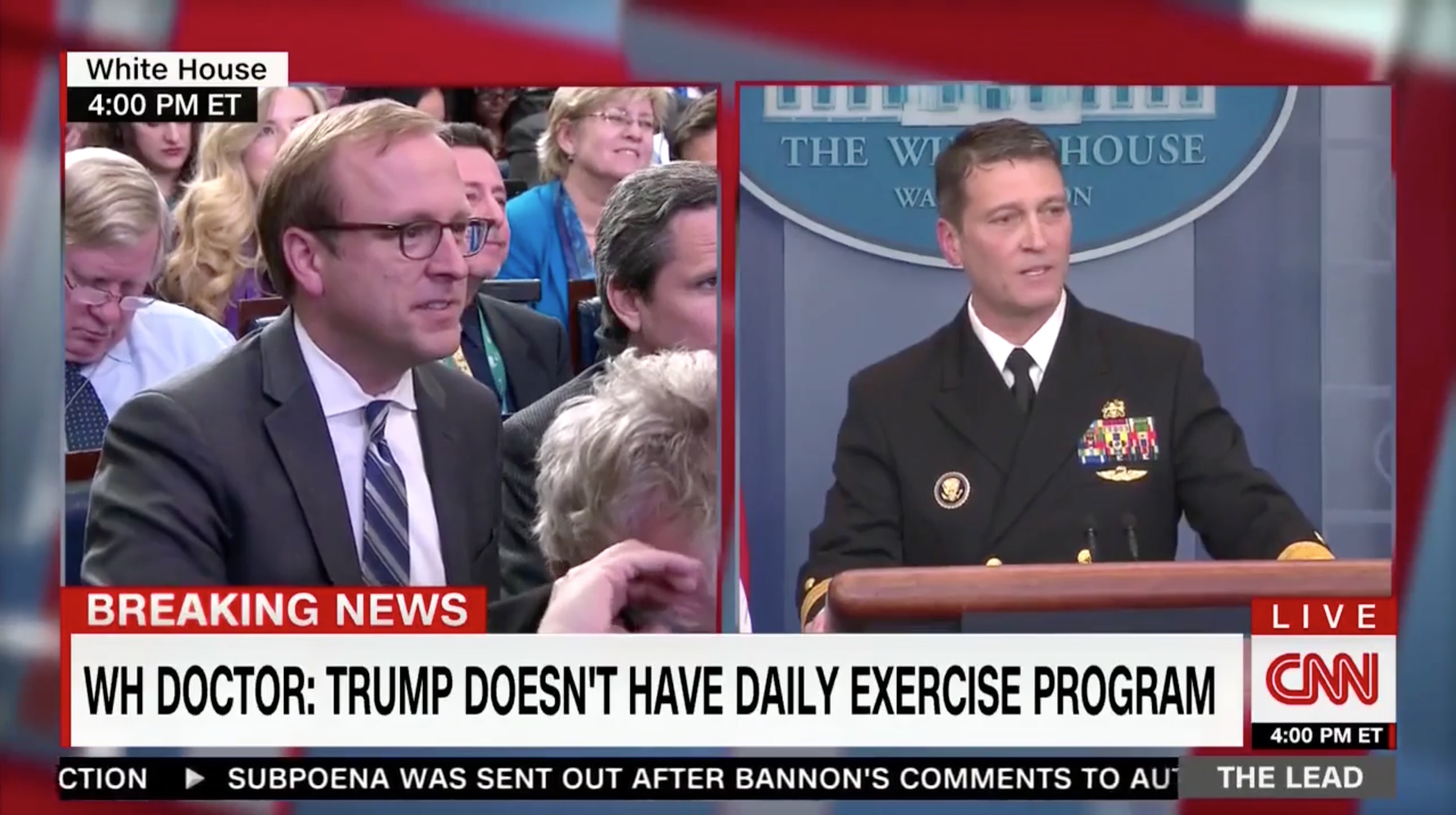 According to Dr. Jackson, White House physicians were originally planning to conduct a physical examination, but Trump requested that a cognitive assessment be conducted in addition — in light of questions regarding the president’s mental fitness.

Dr. Jackson explained that, in his estimation, the president is physically and cognitively fit for duty, though he might benefit from a little exercise and “a diet that is lower in fat and carbohydrates.”

And Twitter was very eager to pick apart every detail of the physician’s assessment of Trump’s health:

“I told you so” pic.twitter.com/OdSckWLKW1

“The President’s calcium load” is not a phrase I was a prepared to hear today.

Every husband is gonna want to go to McDonald’s after that excellent health report for the President.

i too, would benefit from a diet lower in fat and carbohydrates.

In terms of transparency…I can safely say I know more about the health of @realDonaldTrump than I likely do about my own.

Has anyone coined “girther” for those who belive the president weighs more than his doctor reports?

Another reporter asked when he thought Trump would get another colonoscopy. The doctor should have responded “right now, apparently.”

And to shut down people who believe Jackson was being less than truthful, journalist Yashar Ali was also quick to point out that Dr. Jackson also served as President Obama’s physician:

Dr. Ronny Jackson has been the Presidential physician since 2013. Give the conspiracy theories a rest. pic.twitter.com/YvwsNd7byh

Donald Trump Jr. also weighed in on some of the questions being asked:

Watching media trying to ask the Rear Admiral Jackson (The White House Dr) questions in ways that leaves an opening to attack @realDonaldTrump's health after an amazing report, cognitive & otherwise, is like watching Dumb & Dumber 1:1,000,000 "So you're saying there's a chance!"