WATCH: @POTUS says he is “disappointed” at the collapse of the GOP health care bill to repeal and replace #ObamaCare. pic.twitter.com/XCdmGYHNei

Twitter got a little snarky after noticing a chyron on Fox News about comments President Trump made about health care today.

Fox gave airtime to Trump today as the president voiced his disappointment about the collapse of the latest effort to repeal and replace Obamacare. As Fox took Trump’s comments about how health care will eventually be reformed, their graphics department came up with this lower-third. 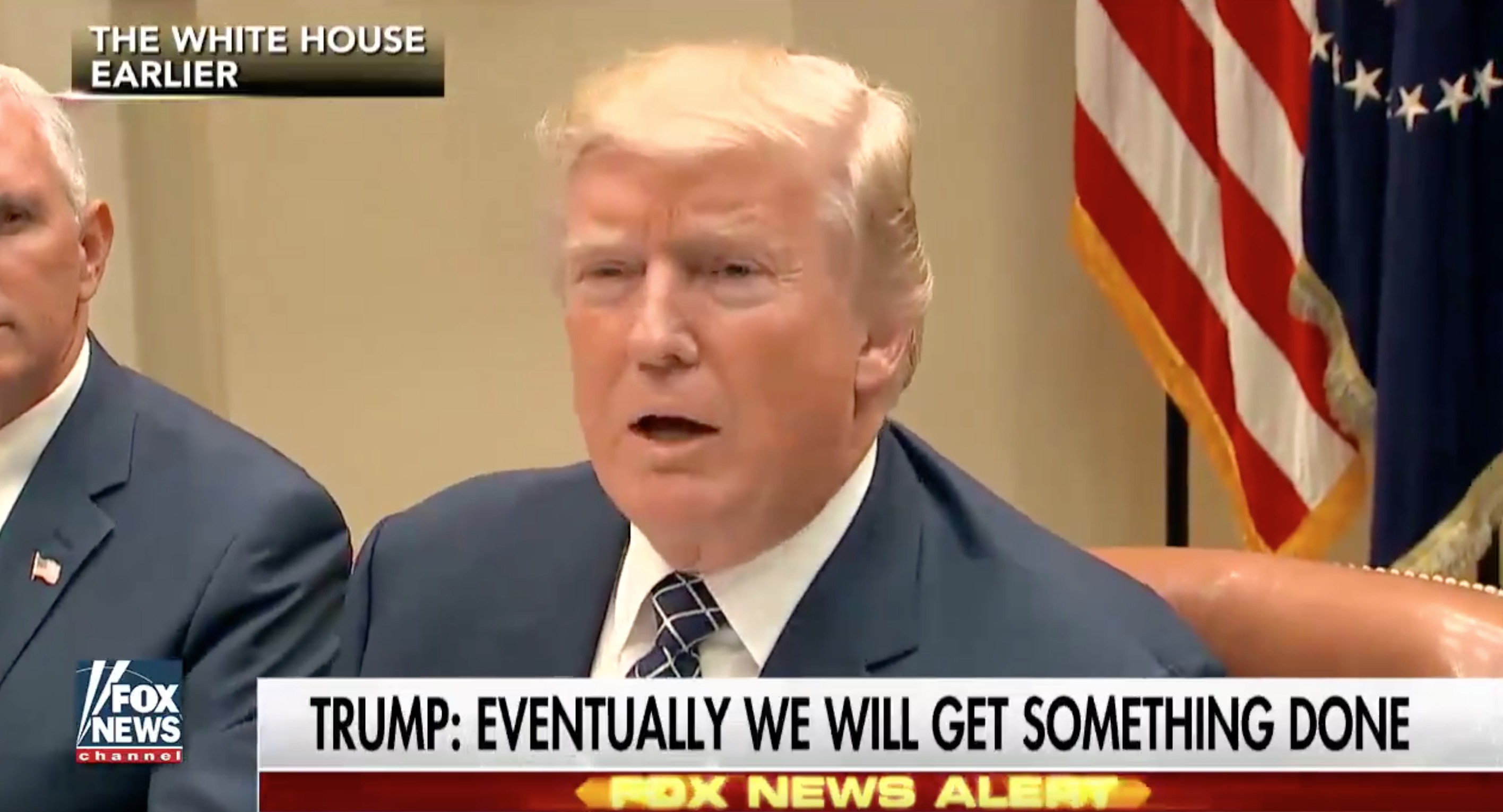 The President himself said he was “disappointed” about the health care failure and then added, “Eventually we’re going to get something done.”

CNN’s Brian Stelter took notice of the chyron, and he asked the Twitterverse a question:

Chyron of the day? pic.twitter.com/CQJeuIaawK

As it would seem, media observers on Twitter think the answer is yes:

Fox News grabs the zeitgeist by the horns. pic.twitter.com/Luvc8G6Y4v

I tell my editor this exact thing all the time. https://t.co/SfZV9a9vaX

How I pump myself up for work each morning https://t.co/n3KVWODlqD

When my editor asks where my draft is pic.twitter.com/OFuSVCOR7w

Eventually We Will Get Something Done pic.twitter.com/wKd959BDHw

If snarky chyrons are going to be the new thing among the Fox News graphics department, maybe they can ask MSNBC for tips.

You can see the chyron in the Fox News clip above.