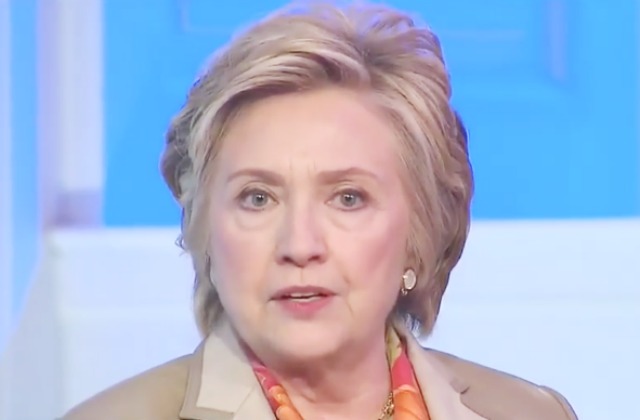 Hillary Clinton has another book coming out soon, this one focused on the 2016 election, and now we know the title:

(Yes, this is real) pic.twitter.com/iLohRKOaZF

Clinton herself retweeted this video teasing how she “opens up about the campaign, the Russian hacking, and Donald Trump“:

Exclusive: Hillary Clinton is releasing a tell-all book about the election called ‘What Happened’ pic.twitter.com/9GMNBV3L6Y

Well, just the title itself was enough to unleash the Twitter snark:

Somehow she came up with a book title even more boring and terrible than herself. #whathappened https://t.co/RjTNI7IVPG

If you order now, you get a free copy of the 2016 Atlanta Falcons yearbook and a gif of someone falling down an open manhole https://t.co/QedrEtZC7F

How To Lose Elections And Alienate People #BetterNamesForHillarysBook

Hillary’s book is LITERALLY a *record scratch*/*freeze-frame*/You’re probably wondering how I ended up in this situation” meme. Wonderful. pic.twitter.com/UqbByYNUVY

Missing a question mark.
And a sad face. pic.twitter.com/b5vLZTKf0W

They made the book cover look like “Hillary Rodham Clinton” is floating motionless in the water while “What Happened” hangs in the air above https://t.co/UrCpNZ9vFq

I seriously thought the title and cover art were a photoshopped joke. Yikes, Hillary. https://t.co/8tR6a3h9GP