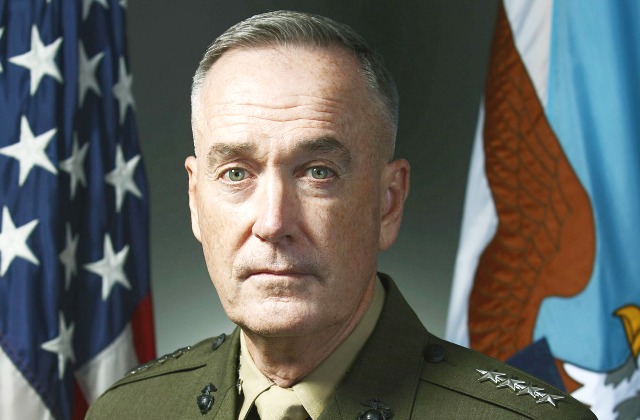 The Chairman of the Joint Chiefs of Staff, General Joseph Dunford, is clarifying that so far there is no official change to transgender policy yet.

CNN reported this morning that yes, people who should have been in the know about the President’s announcement were blindsided:

The Joint Chiefs of Staff, including chairman General Joseph Dunford, were not aware President Donald Trump planned to tweet a ban on transgender service members, three US defense officials told CNN — the latest indication that top military leaders across all four service branches were blindsided by the President’s announcement…

One of the heads of the military branches was informed by a staffer of the President’s tweets on transgender policy and had no idea it was coming, the official said.

So Dunford had no idea the President was going to make that huge announcement via Twitter.

He sent out a message today, per Reuters, saying there’s no change in policy just yet:

“There will be no modifications to the current policy until the President’s direction has been received by the Secretary of Defense and the Secretary has issued implementation guidance,” Dunford, said in the written message to service chiefs, commanders and senior enlisted leaders, first reported by Reuters.

“In the meantime, we will continue to treat all of our personnel with respect. As importantly, given the current fight and the challenges we face, we will all remain focused on accomplishing our assigned missions.”