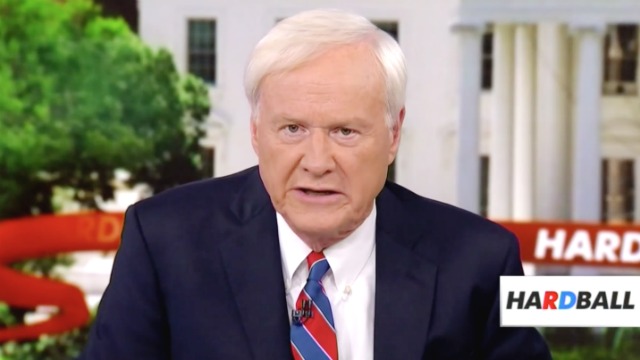 The leaked clip of Chris Matthews joking about a “Bill Cosby pill” ahead of a Hillary Clinton interview has gotten widespread condemnation on Twitter.

Some people who have worked on the Clinton team were appalled:

As person who set up this interview and assured HRC & team I believed Chris would be fair, this makes me feel ill. Also watch the interview. As I recall he got pretty angry with her after she challenged him during foreign policy section. https://t.co/cZfJwXUBTJ

And the rest of Twitter was pretty condemnatory too:

2. If this were a Fox News host people would, rightly, be calling for Matthews to face serious sanctions for his conduct.

MEN IN MEDIA: Hillary Clinton was the worst candidate ever!!!!!!

The woman's face in this video is ALL YOU NEED TO SEE. https://t.co/L09uLzeDlN

Chris Matthews literally made a rape joke about the first woman presidential nominee of a major party.

OH, WAIT–excuse me, I misspoke:

Can MSNBC finally fire this asshole and replace him with one of the many deserving women?

Hey remember when MSNBC acknowledged that Chris Matthews paid to settle a sexual harassment claim, and everyone decided to ignore it? https://t.co/SxDiKpw5Gu

This is very bad. Watch through for the staffers' reactions. https://t.co/8NZOfj9QRl