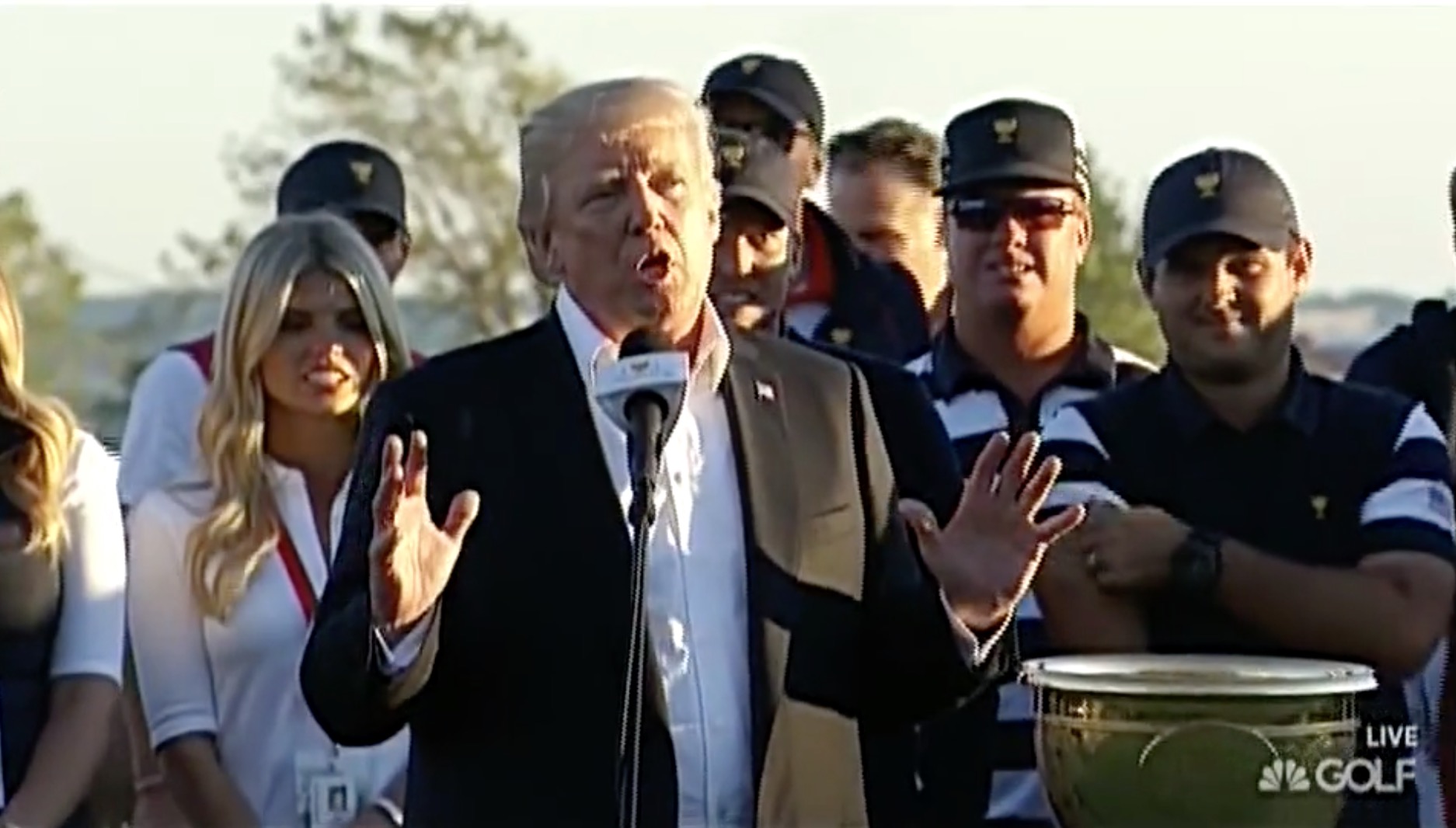 While millions of Americans attempt to recover from devastation caused by Hurricane Maria, President Donald Trump attempted to help them by dedicating a golf trophy to the victims.

“If you look today and you see what’s happening, how horrible it is, but we have it under really great control ― Puerto Rico, and the people of Florida who have suffered over this last short period of time with the hurricanes. I want to just remember them,” Trump said while presenting the President’s Cup trophy in New Jersey.

While Trump may have thought the gesture would give him some good PR, Twitter did not — as they wrecked the president by mocking, dragging, and laughing at the ill-timed act:

Per pool: “Members of the pool said they heard someone yell to Trump during the trophy ceremony: ‘You don’t give a shit about Puerto Rico!'”

I actually can’t think of a way this would be more ridiculous https://t.co/yXEWaOtjWA

My God, trump really did just dedicate a golden Trophy to the people of Puerto Rico. I would laugh if it weren’t so damn trashy & pathetic.

I bet everyone who was critical of Trump’s response to Hurricane Maria is feeling silly now that he’s dedicated a golf trophy to victims!

Trump took time off from his wknd of golfing at his own resort to go to another golf resort to present a golf trophy.

Lest anyone thinks its tradition for the US President to present the trophy at the President’s Cup, Trump today became first POTUS to do so. pic.twitter.com/P3vwWaRpIt

Trump: Hey guys what about this shiny golf trophyhttps://t.co/4HSZbiQqgX

Trump spent the day at a golf tournament.

He dedicated the trophy to hurricane victims.

But… Trump just dedicated a trophy to them, so it’s cool. https://t.co/vtqNpulp4F