Unflippinbelievable: Highlights From The Palin’s Email Trove Are More Sweet Than Sour 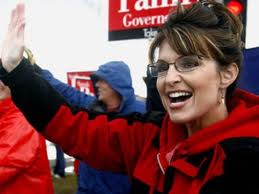 Now that the Sarah Palin emails have been out for about three days, many poor souls (interns) have banded together to try and make it through all 24,199 pages. No one has finished them quite yet, but MotherJones has quite a comprehensive summary of everything they’ve worked their way through so far.

We’ll do our best to keep you abreast of any developments, but so far the emails haven’t revealed much besides the fact that Palin was running a functioning office, which was definitely a blow to some. However, there are some gems buried beneath the trove of emails and we have cobbled together some highlights of the highlights that you may find entertaining:

— She also has something in common with her Canadian neighbors: she uses “eh”… Frequently

— The media drives her crazy sometimes: she calls the Wall Street Journal‘s coverage of Troopergate (when she was accused of abusing her power in firing a State Trooper) “horrible” and is frustrated when the Associated Press says Piper is 8 instead of 7.

— On September 15, 2008, Palin wrote that “climate change is a top issue”. She would later show a radically different public view on the statement.

— She wrote a letter to her friends and family from the point of view of “Trig’s Creater, Your Heavenly Father” in which she spoke as God, revealed some confusion as to isle/aisle and said :

Trig’s mom and dad don’t want people to focus on the baby’s extra chromosome. They’re human, so they haven’t known how to explain this to people who are so caring and are interested in this new little Alaskan. Sarah and Todd want people to share in the joy of this gift I’m giving to the Palin family, and the greater Alaska family. Many people won’t understand… and I understand that. Some will think Trig should not be allowed to be born because they fear a Downs child won’t be considered “perfect” in your world. (But tell me, what do you earthlings consider “perfect” or even “normal” anyway? Have you peeked down any grocery school isle, or school hallway, or into your office lunchroom lately? Or considered the odd celebrities you celebrate as “perfect” on t.v.? Have you noticed I make ’em all shapes and sizes? Believe me, there is no “perfect”!)

— After an aide praises her she tells him, “we love the mobster in ya”. While I have absolutely no idea what this means, I can already see the t-shirts heading to the printing press.

— Palin wrote her manager to say, “we would like a tanning bed in our office, please. Or just one of those UV happy lamps. It’s very dark in here.” Disadvantage, Alaska. At least they have that  great view of Russia? Palin’s manager responded with detailed options for installing a bed in the Palin house. Although there were never follow up emails on the subject, this finally sheds some light (hee, hee) on Palin’s consistently golden complexion. Tanorexic!

— Bristol Palin is a teenager. The email below reveals all the classic symptoms: insipid writing, extraneous exclamation marks, gratuitous enthusiasm, entitlement, and slacking.

Hello Mother,
Um, I’m sitting in library and I really thing you need to get Piper a cell phone!! Wouldn’t that be so adorable! She could text me while she was in class!! It’s a done deal right?! Perfect! Ok, I will talk to you later and I need some cash flow! Love ya!

Essentially, these highlight the inanity of the emails. While amusing, none have been particularly earth shattering. We’ll keep you updated if this changes.