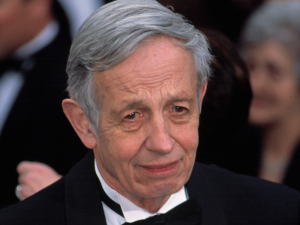 Most people outside of academia had no idea who John and Alicia Nash were before the tremendous A Beautiful Mind captivated audiences across the country in 2001. Count me among the captivated, as I have the Ron Howard masterpiece in my Top 10 movies of all-time ever since seeing it on opening night 14 years ago. So needless to say, the news today of the sudden and arbitrary deaths of the Nashes was incredibly shocking.

If you’ve seen the film that won Best Picture–and given the $300+ million it has grossed there’s a decent chance you have–you’ll see just how much John Nash had to overcome in in his personal life (battling severe paranoid schizophrenia) and just how big his contribution to the world via his original mathematical theory (known as the Nash equilibrium) was. As the New York Times puts it today in their story on his death, Dr. Nash “provided a conceptually simple but powerful mathematical tool for analyzing a wide range of competitive situations, from corporate rivalries to legislative decision making. Dr. Nash’s approach is now pervasive in economics and throughout the social sciences and is applied routinely in other fields, like evolutionary biology.”

Upon first seeing the breaking news pop up on my phone during a hike this morning (Headline: Famed Mathematician John Nash and Wife Killed in Taxi Crash), my first thought went to Bob Simon, the former 60 Minutes legend who was also killed when the car service he was riding in crashed in New York City earlier this year. If you recall, Simon wasn’t wearing his seat belt in back seat as well. Truth be told, during the hundreds of guest appearances I’ve done everywhere from Fox to CNN to MSNBC, I never wore my seat belt in the back seat once when those networks would send a car service (standard for all guests regardless of network) either (I do now without fail). So it wasn’t surprising upon opening the story to see that the Nashes weren’t wearing their seat belts..it just isn’t common for anyone to do so. Consequently, both were ejected from the cab and were pronounced dead at the scene. The driver of the cab–who reportedly was wearing his seat belt–had to be cut from the wreckage but is expected to be OK. According to a preliminary investigation, Nash and his wife may have been struck by a second car after being thrown to the ground, authorities said.

There aren’t many polls on the topic, but a 2011 LeaseTrader.com poll seen here shows about 80 percent of adults do not wear seat belts when riding in the back seat of any vehicle. Given everything we know now about the importance of buckling up and all the lives that could be saved as a result, mandating automatic seat belts at least be installed in the backs of all cabs and taxis in the form of federal law is something few pragmatic folks would disagree with. You enter the back of cab, a strap locks you in. Simple. Easy. Sensible.

The jolting news of the violent deaths of John and Alicia Nash was summed up thusly by Russell Crowe, who played Nash in mesmerizing fashion:

Two great lives that didn’t need to end this way.