The White House had to correct an error today on the transcript of President Obama‘s remarks at the memorial service of the late Israeli statesman Shimon Peres.

See, the transcript said that the president spoke in Jerusalem, Israel. And, well, here’s how it appears on the White House website now: 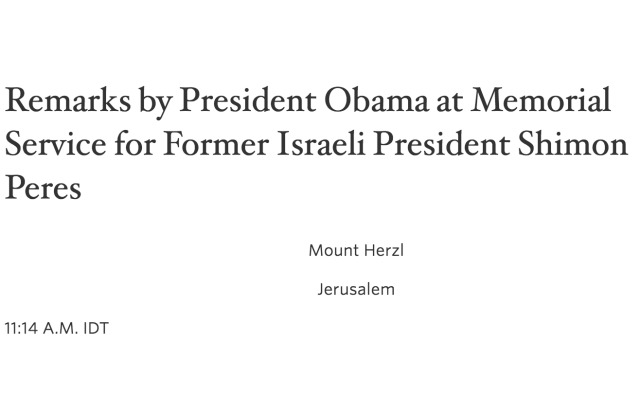 “Israel” no longer appears in the transcript. And the corrected version actually had the word crossed out:

Now, you might very well wonder why this took place. Well, it is actually current United States policy not to officially recognize Israeli sovereignty over Jerusalem.

Naturally, despite this policy, the White House got some serious flak for the correction:

Speaker Ryan was proud to visit Jerusalem, the capital of Israel, earlier this year.

Obama Administration goes out of its way to insult the memory of Shimon Peres by denying Mount Herzl in West Jerusalem is in Israel. https://t.co/3uhNwstQa6

To be clear, cemetery in Jerusalem where Obama spoke has been in Israel's hands since the 1949 armistice. In other news, Ben Rhodes is evil

.@netanyahu should tweet, "It was an honor to host @POTUS in Jerusalem, the one and only capital of the Jewish state." https://t.co/9l85EUeRCx