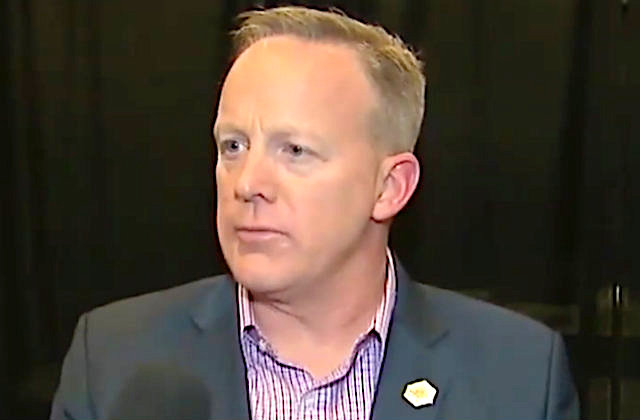 You may not be aware of this, but White House Press Secretary Sean Spicer is also currently filling the role of White House Communications Director. And a new report from CNN says the White House is expediting the search for someone to fill that second role.

According to CNN, this is being done to “lighten the load” because of how much Spicer is currently dealing with.

CNN’s report also says that Trump is unhappy with how Spicer has been doing and only went along with him in the position of press secretary because of Reince Priebus:

A source familiar with internal communications said President Donald Trump is disappointed in Spicer’s performance during the first two weeks of the administration… According to the source close to the hiring process, Trump is upset with Priebus over the selection of Spicer for arguably the administration’s most visible position, next to the President.

“Priebus vouched for Spicer and against Trump’s instincts,” the source said.

The President “regrets it every day and blames Priebus,” the source added.

This comes after a report last night that Trump wasn’t particularly happy after SNL parodied Spicer last weekend, though an administration official told CNN that Trump is still fully supportive of Spicer.

Now, if you’re wondering about the workload a person has to deal with when they’re serving in both roles, Obama White House Communications Director Jen Psaki weighed in on CNN tonight (in her debut as a CNN commentator).

Psaki told Anderson Cooper that “unless you’re in the cloning business, it’s pretty hard to do both jobs.”