When Journalists Bury The Lede, Is Twitter The New Way To Dig It Back Up? 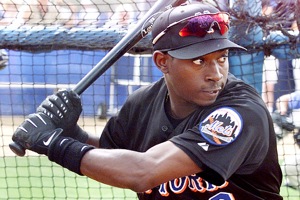 The family of late New York Mets prospect Brian Cole finally gained closure after being rewarded $131 million by the Ford Company in redress after the star was killed in an Explorer crash. In the mainstream media, that’s where the story ended. To find the real story– that this exact accident has occurred in about one in 2,700 Explorers built between 1990 and 2001– you’d have to go to Twitter.

Fast Company‘s Adam L. Penenberg was the first to break the news on his Twitter account, after becoming exasperated as he waited for it to hit the major media outlets. He explains how he ended up breaking the news:

“I got on Twitter, dashing off a two-hour burst of tweets about the case and why it was big news. I told the horrific tales of rollover accident victims and shared some of my reporting on the Ford Explorer, which Ford’s own internal documents showed was dangerously unstable. I offered context for the verdict, linked to previous articles on two earlier trials that had ended in hung juries, and berated journalists for not getting on the story.

Partway through my Tweetapoolaza, the first news story–a tiny article–appeared on a local Mississippi newspaper site. Then came an Associated Press piece and a post on ESPN. The New York Daily News tweeted me back, promising me they were on the case. The next day, though, there was only a brief three-sentence mention of the case and muted coverage of it elsewhere. Most of it was of the “he said, she said” sort of journalism: a lede ($131 million verdict against Ford the fact the two sides settled before punitive damages could be accessed), a quote from Tab Turner speaking for the family, and a quote from Ford blaming the driver. Other stories focused on Cole as a baseball prospect. None of them explained what the real problem was: The Ford Explorer.”

The settlement was fairly big news given the celebrity factor and the sheer amount of money, but the angle he found the news media taking was much more forgiving towards Ford than he thought permissible. Yes, he argues, Cole’s individual story is tragic. But it’s not the first or last but, rather, the most high-profile in a series that deserved greater coverage. There is clearly an issue with the vehicle– or at least there was one at the time of the accident– and limiting the scope of the coverage to the limelight factor can severely cut off information to people whose lives it may save.

As a nation, we’re already fairly well-versed on how useful Twitter can be to break stories. In fact, the @BreakingNews Twitter feed is one of the more reliable sources of news in all of media, not just on the micro-blogging network. What Penenberg did here was slightly different. He didn’t just report the story; he defied the narrative, which gives Twitter an entirely new power in reporting news.

Since Twitter is used by people of myriad points of view and myriad agenda, it takes a certain level of previous popularity and/or extreme timeliness to get the adequate attention. But because follower rates are democratic, the network itself can judge which outlets it deems most useful, and can open the floor for not just an expansion of the information pool, but one where a misreading of the facts can be challenged and corrected.