White House: Iran, Syria Show ‘Regime Change’ is Out, Diplomacy is In

White House: Iran, Syria Show ‘Regime Change’ is Out, Diplomacy is In 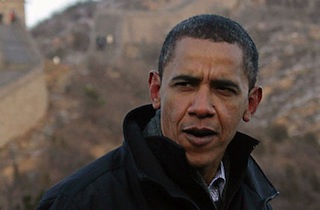 According to an article by Mark Landler of the New York Times, the White House views the newly-brokered Iran nuclear deal as of a piece with the non-military resolution to Syria’s chemical weapons threat and the recently-resumed peace talks between Israel and Palestine—all of which, the administration says, is a fulfillment of President Barack Obama’s campaign promise to shift the United States’ foreign policy from a “military first” policy to one of diplomacy.

“White House officials suggest that the president always planned to arrive at this moment, and that everything that came before it—from the troop surge in Afghanistan to the commando raid that killed Osama bin Laden—was cleaning up after his predecessor,” Landler wrote Tuesday morning.

The long-simmering policy “reflects a broader scaling-back of the use of American muscle, not least in the Middle East, as well as a willingness to deal with foreign governments as they are rather than to push for new leaders that better embody American values. ‘Regime change,’ in Iran or even Syria, is out; cutting deals with former adversaries is in.”

RELATED: Everything You Need to Know About the Iran Nuclear Deal

In addition to the Israel-Palestinian talks, the Iran deal, and the destruction of Syria’s chemical weapons, Syria and its opposition forces announced peace talks set to begin in Geneva in January, a development somewhat buried this weekend by the Iran news.

Landler notes that diplomacy—much of it brokered by new Secretary of State John Kerry—is a messy and “unsatisfying” business. For instance, some feel the Syrian chemical weapons deal, struck on the fly on the eve of a military engagement, partially enabled this weekend’s Iran deal. However, it also entrenched Syrian President Bashar al-Assad in power, contrary to the United States’ wishes, a fact that could be solidified by January’s peace talks.

But at the end of the day, according to signals from the White House, avoiding military conflicts makes the improvised diplomacy worthwhile, especially for an American electorate exhausted by war. “This was a president who was elected on the promise to wind down two wars responsibly,” former administration official Bruce O. Riedel said (Riedel is now at the Brookings Institute). “He can now also say he has avoided a third war.”