Why Conservatives Should Care About ‘Stormy Daniels’ — But Don’t
Opinion

Why Conservatives Should Care About ‘Stormy Daniels’ — But Don’t 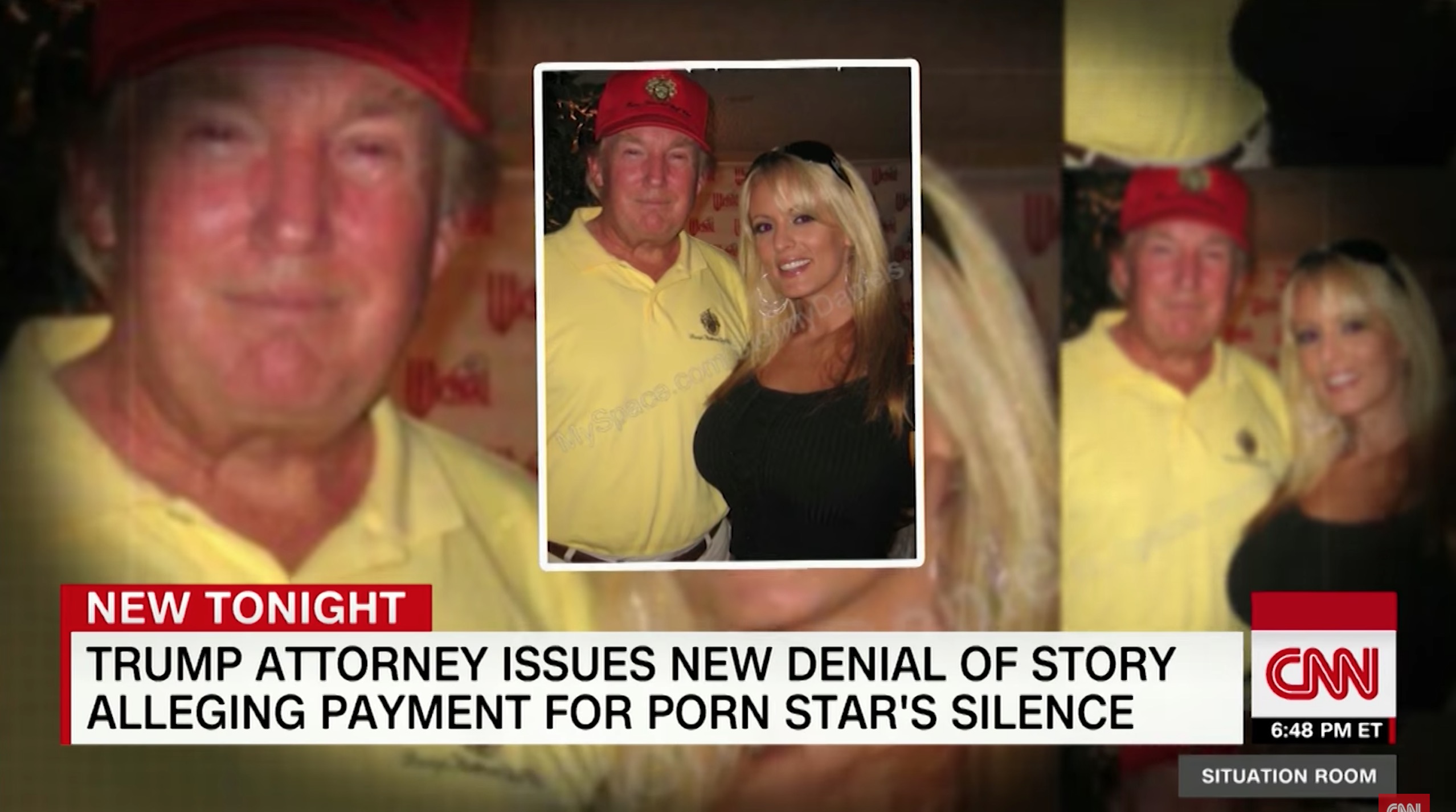 I have consistently maintained that the most underrated danger of Donald Trump‘s presidency is his willingness to desensitize all of us to his absurdity, either on purpose or by accident, all for his own gain/survival. This view has been once again vindicated by the reaction to the “Stormy Daniels Story.”

Over the past week, the following facts have become abundantly clear:

In a normal world, all of this would be HUGE news for a variety of reasons (some of them very legitimate, and others just tabloid-related). However, for the most part, this story has barely made it into the public’s mainstream consciousness, and has been largely ignored in conservative media circles.

The conventional wisdom for why this saga, which has all of the ingredients of a blockbuster story, hasn’t gotten more attention is that, thanks to Trump’s persona, most people just simply don’t care about it. Assuming this is true (sadly, it probably is), it is the greatest validation of Trump’s desensitization “strategy” imaginable.

However, I am skeptical that “no one really cares” about the Daniels disclosures. Even with my extremely dim a view of humanity, I would like to believe there are some people who would give a damn about it, but either simply haven’t heard about it, or aren’t sure it is actually true.

This is yet another example of how Trump is either a “stable genius” of manipulation, or just incredibly lucky. He benefits here, very much like with the “shithole countries” controversy, from his strong supporters breaking down into three basic categories, none of which do him any real harm.

For the people in each of these groups, it is extremely easy to rationalize that their support for Trump should not be threatened by these revelations. While I am obviously no fan of Trump, I do care about this story and so should my fellow conservatives (at least those who haven’t turned into zombie-like members of “Cult 45”).

It is not just avoiding the blatant hypocrisy of having condemned Bill Clinton for years as a lying philanderer, and then pretending this story doesn’t really matter, which should have conservatives expressing outrage. There are other important principles at stake here as well.

Some of us still care about keeping our marital vows and believe that if you break your word in that formerly sacred realm that you are person who can never be remotely trusted. Yes, Trump has been married three times and likely infidelity is already “baked into his cake,” but that doesn’t mean that proof of it isn’t very newsworthy (if O.J. Simpson murdered a third person would we ever say, “So? We already knew he was a murderer”?).

Then there is the issue of the payment of money to have a person lie for you, both during the campaign and again as president of the United States (in a letter Daniels signed, but surely didn’t write, just before the Wall Street Journal broke the story last Friday). Think about that. If you are willing to pay someone lots of money to force them to lie about not having had sex with you, of what deceitful act are you possibly incapable?

Speaking of which, there is another angle of the Stormy Daniels story which has not gotten much, if any, real analysis. That is, now that we know that Trump engaged in this kind of behavior with someone who he effectively paid for sex, it is now impossible to dismiss the infamous Russian “pee tape” as “Fake News!” In fact, the Daniels story, and those of other porn stars connected to her and Trump, sounds incredibly similar, right down to the humiliation aspects of it, to what is alleged by the “Steele Dossier” to have been recorded from Trump’s Russian hotel room in 2013.

My own view is that, even if the “pee tape” exists, it would do limited damage to Trump, especially now, if it was ever was released (which is part of why, assuming it is real, Trump, for the good of the country, should have admitted its existence and removed at least some of Russia’s apparent leverage over him). However, since he has strongly denied it, the Daniels story providing possible corroboration for its plausibility is indeed relevant.

There also is likely much more to this story that we don’t yet know, and I’m not just referring to whether Trump’s tiny hands really are an indication of a “larger” problem. The circumstances surrounding the “lost” 2011 interview with her are currently extremely suspicious and sure sound like a classic tabloid “catch and kill” where Trump paid the magazine directly to spike the story.

It is not a coincidence that Trump’s true brilliance is in understanding just how corrupt and incompetent the news media really is. His very limited genius in this area comes directly from him seeing first-hand, since nearly the start of his career, how easily manipulated and controlled the media can be by someone with money, celebrity, and a remarkably similar lack of morals.